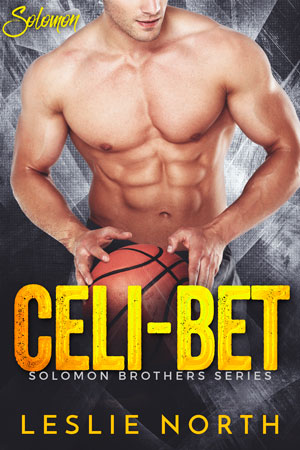 NBA star Chase Holbrook’s reputation with women is as legendary as his court stats. But his best scores have always come when he’s focused on his jump shot, not on the ladies. With a teammate putting up close competition for the offensive record, Chase needs to prove that he was worth every penny of his high-dollar trade. To be the top-scoring player, Chase accepts a team bet to steer clear of women. Shouldn’t be a problem for ultra-competitive Chase—especially when he learns it’s the annoyingly cute team mascot who’s tasked with monitoring his every move.

Team mascot Willow “Bolt” Bend has always been one of the guys. So it’s no surprise when she’s asked to help ensure the integrity of the bet. Willow doesn’t want to get involved, but her hesitation is sidelined by her desire to learn if Chase is as shallow as she thinks. With a sick cousin who’s eager to meet him, Willow wants to know if a good person is hiding inside the notorious playboy. All she has to do is not take her eyes off the gorgeous man mountain and cry foul if he breaks his celibacy—easy, right?

The perky cheerleader has always gotten under Chase’s skin, but with the celi-bet well underway, Willow’s starting to get to Chase in ways no one expected. As the spark between them begins to ignite, the bet keeping them apart may just be the thing that pulls them together.

Mascot girl beamed a perfect row of miniature teeth. Until she turned back to Chase. She rolled her eyes and removed the remainder of her costume, bouncing and writhing in a magnificent display of sweat and inept undressing. And zero tits. Whatsoever.

“No more singling me out, you hear? I can have you fired faster than you can squeeze out of that—whatever the hell it is—costume.”

“It’s a muskrat,” she rallied, confidently, before her brows twisted and her gaze crumbled. “I think.”

“It’s hideous, and it smells like vomit and sweaty balls on the inside.”

She took an exaggerated whiff, all grin and flared, petite nostrils. “Kinda like your career if you don’t get that free throw under control. The fans love me. The owner loves me. I’m sorry if your fragile ego doesn’t feel the same. I forgive you for the threat. I’d kiss you to prove it if I didn’t smell like sweaty balls. Night, Holbrook.”

On her way past him, dragging the furry carcass, she played smack-and-cup-Chase’s-ass with Bolt’s paw.

Again. He counted at least five times she’d done that this season for cheap laughs. On national TV.

He scrambled out of her grip, surprisingly tight for a nothing-to-her girl.

“What kind of crappy mascot makes fun of the home team players?”

She stopped short and gave him a mock salute, complete with a gum bubble explosion. “I don’t make fun of all of you. Just the special ones.” Her special smacked of sarcasm.

“What the hell did I ever do to you?”

“You said, and I quote, ‘the current mascot is only entertaining to kids and the mentally challenged.’”

Chase smirked, a fresh wave of appreciation for the quote washing over him. “I did say that.”

“There’s nothing funny about that. You alienated an entire group of people who already have enough struggles in life. Not to mention, it isn’t true.” She lifted her chin, a weak show of righteousness. “Everyone loves Bolt.”

He shook his head, wishing it were as easy to shake this irritating girl from his space.

“Stay away from me. Pretend I don’t exist on the court.”

“Shouldn’t be too hard since you’re more famous for your mattress skills than your game skills.”

For a fraction of a second, he considered ripping the costume from her hand and shredding it with his hands. Would assaulting fake muskrat pelt be a violation of the league’s code of conduct? He resisted the urge—he had to take a monster leak and simply no longer had the energy to match her word-for-word.

He made a B-line for the locker room.

He paused and squeezed his eyelids shut, braced himself for her next insult. He refused to give her the satisfaction of turning around.

Find out if Chase can win his celibacy bet, while tom-boy Willow “Bolt” is watching his every play – get it on your eReader today, available on ALL major stores: