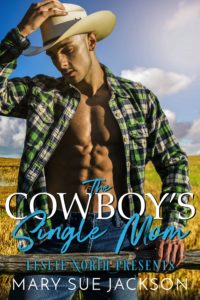 Heroes aren’t supposed to drive beat-up old trucks, and they don’t go around breaking a girl’s heart. But Garrett Grayson, Macy Joyce’s particular hero, does both of those things. Well, Macy doesn’t need a hero, just a little bit of help around her ranch. Someone to figure out who’s been cutting fences and throwing rocks through her windows. Garrett, who’s on leave from the Army, can certainly handle the job. But can Macy handle the way her pulse quickens every time she sees him? Can she handle the way her six-year-old son is starting to look at this man who’s lived in her heart since high school? Can she handle it when Garrett leaves—which she knows he will?

As far as Garrett is concerned, the only good thing he’s ever done for Macy is leave her behind. He never did deserve a girl like her. But when Macy’s brother—and Garrett’s former best friend—calls and asks him to help protect her, Garrett agrees, knowing it’s only for a short time. Surely he can work on the ranch without getting involved with her. Ever since his misspent youth, Garrett’s been trying to redeem himself, to show everyone in the little town of Heartstring that he’s not the troublemaker he once was. Breaking Macy’s heart again will just prove he hasn’t changed a bit. So he’s going to stay away from her. He’ll just ignore the way his heart feels too big in his chest whenever he sees her, or how she’s grown into a gorgeous, sexy woman. He won’t let his feelings show. No matter what.

Problem is, he hadn’t counted on how tough it would be to walk away—again—from the only girl he’d ever loved.