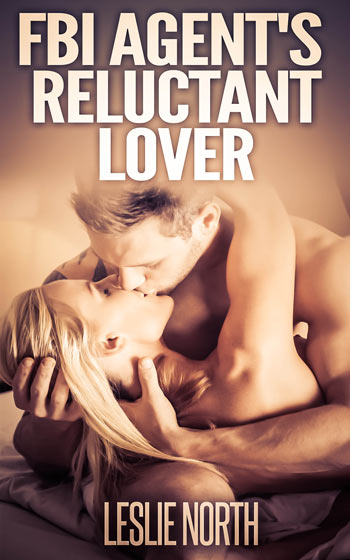 When Chance, a strikingly handsome ex-FBI agent, strides into Rachel’s chaotic life he brings an overwhelming sense of calm and control.

After Brianna and Trent’s baby has been returned, Chance decides to check in on Rachel and discovers her struggling to look after the twin boys on her own. What starts as trying to help her out soon turns into much more..

Rachel is trying desperately to smother her feelings for Chance. He is the gorgeous ex-FBI agent with the most piercing blue eyes she’d even seen. Plus he can change a diaper and bake! She feels so safe and secure when he is around. But she knows she must shut him out – she doesn’t have a choice.

In Rachel Chance finds everything he wants in a woman. She is intelligent, strong, and beautiful – even with a few extra pregnancy pounds. But she doesn’t return his attraction, in fact she tries to push him away! Chance is a man used to getting what he wants, and he isn’t going to take no for an answer. However, he may finally have met his match..

After her husband is killed in Afghanistan, Rachel is reluctant to move on. It would be a disgrace to her husband to sleep with another man. But she has never felt this way about someone else before – not even her husband. The passion and emotions she feels when Chance is around are indescribable. She is stubborn though. She refuses to submit to her desires and keeps pushing Chance away. But will she be able to stop herself forever?

Chance watched the beautiful woman in front of him try to convince herself and the world around her that she had it all together. “So, do you have someone you can call to come in and help you for a few hours a day with the twins?”
Rachel shook her head, turning her back to him as she made a production of folding the laundry, “I’ll be fine. What you saw yesterday was just one of those things. The boys and I will be fine. I may have to adjust their schedules a bit, but we’ll get it all worked out.”
Glancing over her shoulder at him, she queried, “You know you don’t have to wait around until Chelsea gets home. The boys are both down for their morning naps and I’m just going to try to get some housework done while their sleeping.”
Chance took the hint, “Are you sure there’s not something else I can do for you?”
The double meaning wasn’t lost on Rachel and her hands trembled as she finished folding the towel in front of her. She swallowed before she said, “No. I’m fine.”
Chance heard the huskiness in her voice and felt the punch down low, he wondered how much huskier her voice got when she was in the throes of passion. Or was she a screamer? He was dying to answer those questions, but not today. She was trying to gain back her independence, and while he applauded the thought, he was doubtful of the outcome.
“Look, I gave you my card yesterday, but I’m going to leave another one on the fridge. Promise me that if you need anything, help with the twins, the toilet overflows, or just need some milk and can’t get to the store – promise me you’ll call.”
Turning around, she faced him, “Why?”
“Why do I want you to call me?”
Rachel nodded.
Chance looked at her for the longest time, letting his eyes convey everything his body was feeling. When he saw her pulse quicken and her breathing speed up, he stepped further into the room, stalking her as if she was his prey.
When he was mere inches from her, he leaned down and placed his lips upon hers. Letting his lips sip from hers, he brushed his tongue across the seam of her lips, silently asking for entrance.
Rachel felt his kiss like it was hot coals. Her insides began to shake and her heart was beating so loudly in her ears it was all she could hear. She grabbed onto the edge of the washing machine, needing to feel something solid to ground herself.
Chance gently placed a hand behind her neck, rubbing his thumb against the side of her neck and feeling the shivers his touch set off in her body. He wanted to feel her tremble beneath him, but for now contented himself with only the shivers that could be brought about by a kiss.
Tilting his head, he deepened the kiss for a few seconds and then pulled away. He took a step away and then wiped his lips with a finger, savoring the memory of her lips against his own. “Did that answer your question?” he asked softly.
Rachel could do nothing but stare up at him. She had been married, but never kissed like that. She had spent hours kissing her husband, but none of their kisses had ever affected her like Chance’s. Confusion turned to guilt. How could she enjoy kissing another man? Her husband hadn’t even been in the ground for a year!
Chance watched the change come over her face and tried to figure out what he’d done to put that look of despair and guilt on her face. “Rachel?”
She held up a hand, not even wanting to look at him at this point. “Just go.”
“Promise me you’ll call if you need anything.”
Rachel shook her head, “I can’t do that. I won’t do that.”
Chance was frustrated and wanted to demand she accept his help, but somehow he knew that pushing her any further would only cause her to back completely away from him. “Fine. I’ll check on you in a couple of days.”
Rachel shook her head, “No. Don’t bother. We’ll be fine. Thanks for everything.” She turned around and concentrated on folding the remainder of the clothes.