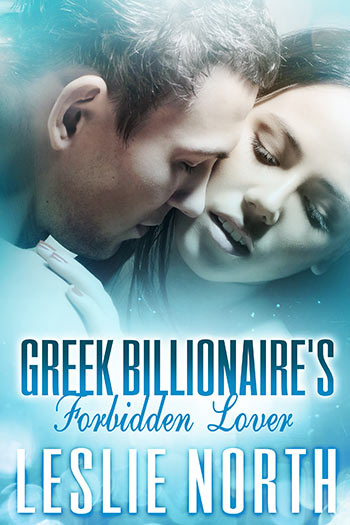 Billionaire Greek playboy Dareios Anaganos has a way with women: he loves them, then he leaves them. But lately the one woman he can’t keep his eyes off is the one he can never touch: his best friend’s sister, Alexandra Rosso. He’s known her since they were little, yet suddenly all he can see are her perfect curves and gorgeous smile.

Alexandra can’t deny she’s become fixated on Dareios’ blazing blue eyes and killer body. The connection between them is palpable, and it’s making things awkward. She needs to get Dareios out of her system, and what better way to do that than to have a fling. When sparks fly at a masquerade party, she’s hoping he’ll agree to take their attraction to the next level. It’ll be their little secret…

Dareios would never betray his friend Antonio by disrespecting Alex—she deserves more than he has to offer. But if he gives in to temptation, can a fling ever become something more?

Download Alexandra and Dareios’ forbidden love story from your favorite retailer now and start reading it in seconds:

Dareios shook his head. “Your brother would kill me.”
“Would he? I’m not a child. Maybe five years ago he would have been protective, but I’m twenty-two. I know what I want.”
“No, you don’t. You’ve only dated a few—”
“I dated a lot of boys at university.”
“Yeah, and I heard about Carl. That jerk was not a great choice. He was out for your money.”
“At least he wanted something from me!”
Dareios shook his head. “What do I do with you now?”
Alexandra rolled her eyes. “You liked that kiss.”
“I liked it when I didn’t know I was kissing someone who is just about my little sister.”
“Oh, come on. I’m not related to you—not even close. And are we going to go on just watching the other person—wanting and never having?” She leaned over the table. She saw his eyes dip to her breasts and she smiled. “You want me. You know you do.”
“What I know is that Antonio is expecting you to find a good boy and settle down.”
“He’s not papa—Antonio is not demanding I start having babies.” She saw the blush on his cheeks and knew he was thinking about the ways to make babies. “You take every girl you meet into your bed, except me. Why? What’s wrong with me?”
“That’s why you wanted to be a different girl?” He touched her mask. “That’s why this and the wig? You thought if I didn’t know who you were I’d—”
“You did kiss me. And you liked it.”
He sat straighter. “I’m not the kind of man you should marry.”
“Who’s talking about marriage?”
“You are!” He waved a hand at her. “And Antonio would be talking weddings if he found out we were—” He cut off the words but waved a hand between them. “So we won’t.”
She smiled. “What if he finds out you kissed me? You devoured me in fact. What if he learns that you and I were here—in a private back room?”
Eyes narrowing, he stared at her. “You wouldn’t.”
“I won’t…if you agree to take me back to Athens with you on your yacht. I know you’re having theKairos brought to Taranto. So I’ll sail back with you.”
“That is blackmail.”
“No…I think it’s extortion. Come on, Dareios. It’s a good plan. A couple of weeks sailing in beautiful weather. We’ll have some fun.”
“It’s impossible!”
She let her smile widen. “We’ll find out if we’re right for each other.”
He shook his head. “We’re not—I’m not right for any woman. It’s why they all leave me—or why we have a fun time and then part friends.”
“That’s all I’m asking. A fun time and then we can be friends again. And Antonio never has to know anything else. Dareios, this thing between us—if we let it go on and on and keep building, it’s going to explode. You know that—you know that because of how you kissed me. You’ll keep thinking about that kiss. I will, too. We’ll dream about what it would be like with you and me in bed together. We’ll make the fantasy so amazing that we have to act on it. And then it will blow up in our faces. We’ll resist until we give in—and Antonio will catch us. Or Eva will. And then we’ll have to marry, and—”
“We’ll make each other miserable.”
Alexandra smiled. She heard defeat in his voice, she saw his shoulders slump. He was seeing what she saw now. “We should give into this attraction. That kiss proved there is more here—a lot more. If we get this out of our systems, we can go back to being good friends. And we’ll have great memories.” Under the table, she crossed her fingers. She wasn’t sure if he was going to buy into her logic, but if she kept at him, maybe she could wear him down.
Dareios shook his head. “I think this is all a mistake, but I’ll…maybe you’re right.” He held up a finger. “I’m not saying you are, but…well, I’ll take you back to your hotel tonight, and back to Athens as well. And I’ll think about it.”
With a nod, Alexandra grabbed her wig and mask. And she started to plan how to drive Dareios wild over the next two weeks.

Download Alexandra and Dareios’ forbidden love story from your favorite retailer now and start reading it in seconds: