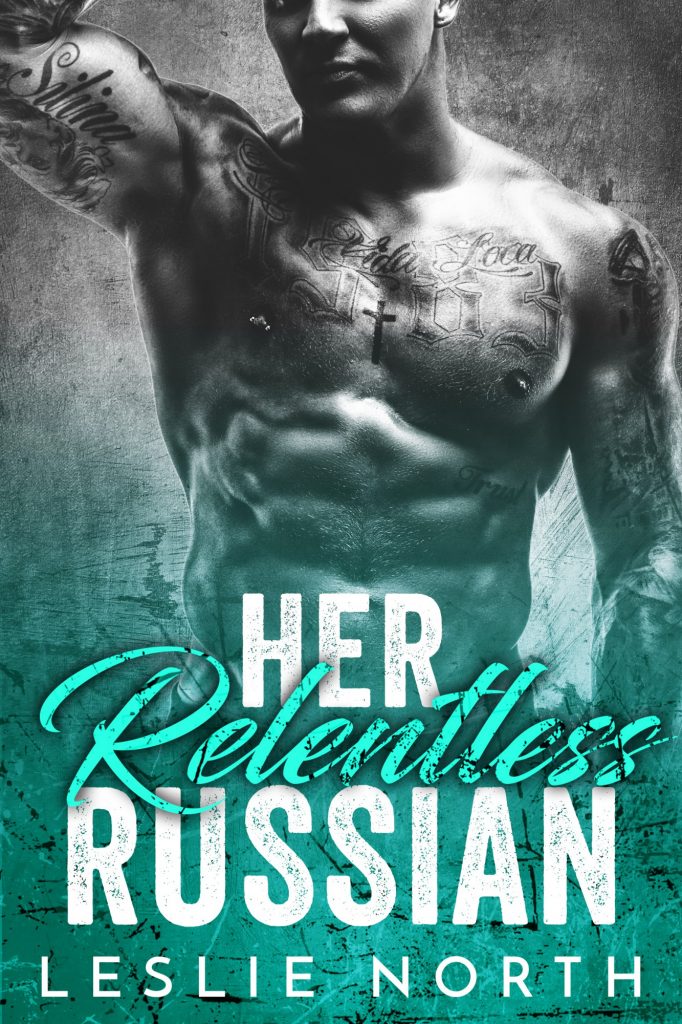 Rare bookstore owner Dmitry Karev left the Russian Mafia behind when his wife died, but now there’s too much at stake to keep his back turned any longer. His father is dead and his brothers may be next. Someone’s been leaving Dmitry clues about the killer, but he never expected his informant to be a bombshell like Harper Allen. Now the curvy computer expert is testing not only Dmitry’s methodical nature, but his self-restraint as well. But with his family’s lives in the balance, Harper may be the best chance Dmitry’s got to catch a killer.

When hacker Harper Allen’s parents used her college money to pay off the Mafia, it was Sergey Karev who financed her education. Now that he’s been murdered, she’s repaying him the only way she can…by helping his son solve the crime. To follow the trail any further, though, she’ll have to convince Dmitry to work with her. The buttoned-up Russian seems hesitant at first, but it doesn’t take long for Harper to discover what’s beneath Dmitry’s icy cool demeanor.

As Harper and Dmitry worm their way deeper into the Russian Mafia, their chemistry becomes undeniable. But with a killer at their heels, they’ll have to stay focused if they want to stay alive.

The bell chimed as he exited the coffeehouse to put his plan into action. He moved around the side of the table and eased his bag onto the bench. “This seat taken?” he asked the woman. He winced inwardly at himself, but kept his expression perfectly cool and neutral. He had primed himself to say nothing, to just set up and go back in for his drink—why did those have to be his first words to her?

Oh well, at least the ice was broken. The woman glanced up at him from beneath a pair of dark, sultry lashes, her surprise at being approached evident on her face. He felt certain the eyelashes must be false, but he would need a closer examination to confirm his theory. If anything, the realization that she might take additional time to make herself up in the morning was an unexpected turn-on for him. She had an unusual, striking look that she appeared hell-bent on owning.

“It is now,” she replied with a little smile.

It took Dmitry a split second longer than it probably should have to realize what she meant. He nodded in curt, wordless thanks, and unsheathed his laptop. He sat down on the bench opposite her and booted it up. He was conscious of her eyes on him. The little quirk in her lips remained, and he thought she was amused by his approach. Maybe he wasn’t alone in having taken an interest in her.

Dmitry raised his eyes from his computer screen and met hers. She arched one slender eyebrow at him from beneath her slanted bangs, but said nothing. Dmitry rose from his seat and headed back inside to fetch his drink. Hardly anything at all had passed between them, but he was already confident he would leave the coffee shop that day with her phone number. The look she had given him was significant: obviously, the woman found him as attractive as the two baristas giggling behind the bar.

His brothers would have no doubt accused him of reading too much into the exchange with the rainbow vixen—and of spending too much time holed up with his books—but Dmitry liked to think that made him uncommonly prepared to engage in this sort of thing. The other Karevs preferred to bust their way heathen-like into situations; they approached romance with the fairer sex like a boxing match, where physical strength and domination won the day. Dmitry liked to think he was more nuanced, more thoughtful, in his own approach to flirting.

Yes, he liked to think that.

The family genes won out as Dmitry turned away from the milk bar. He froze, and only barely managed to keep his fist from clenching over the Styrofoam cup as he stared out the window toward the patio. He couldn’t believe what he was witnessing. Hastily, he tried to recalibrate, tried to unsee what was happening… but there was no denying the pink-haired temptation had pulled his laptop across the table to her.

Maybe there was a perfectly solid explanation for her being on his computer, Dmitry reasoned as he strode back toward the exit and banged the door open. Maybe she was only pulling up a word document to surprise him with her name and phone number—for someone as bold-looking as she was, he shouldn’t be surprised to find her making the first move.

Her stricken, heart-shaped face, turned up to him in terror the instant he loomed over her, was enough to let him know he was reaching too far for an excuse to clear her.

Dmitry’s eyes flickered from her guilty expression to the laptop. There was an unfamiliar USB drive jammed into the port, and a window open on the screen with a fast-filling download bar.

Dmitry can’t unsee what happened or stop himself from doing what happens next! Find out on your e-reader today!