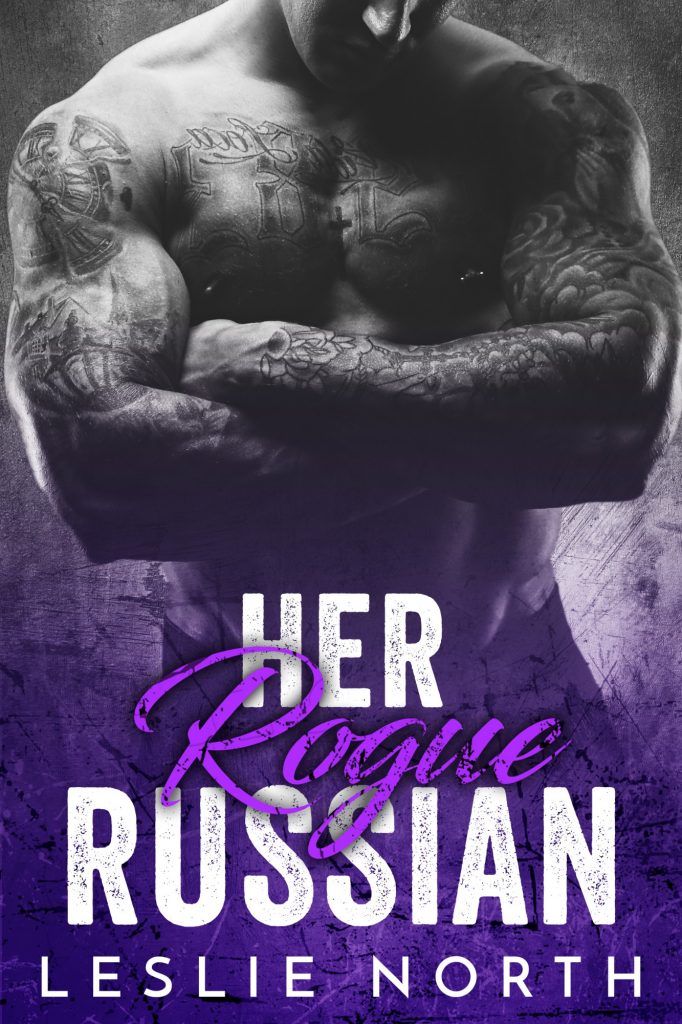 Former Russian mobster Maxim Karev is a man with something to prove. His father’s been murdered and even his own brother thinks he’s guilty. To clear his name, Maxim has to return to the organization he left behind. He likes to work alone, but this time an FBI agent leaves him little choice—either she goes in undercover with him, or Maxim can rot in jail. One thing’s for sure—he’s not going down for a crime he didn’t commit. If playing with the beautiful agent is what it takes to prove his innocence, Maxim is prepared to go the distance.

FBI agent Savannah Casillero never backs down. She already lost her partner on this case, and now she’s more determined than ever to find Sergey Karev’s killer. With the Mafia’s former head of security under her thumb, she finally has a way inside—as Maxim’s girlfriend. Controlling the lone wolf may be a bit of challenge, but Savannah’s confident she can handle it. The six-and-a-half-foot Mafia man is certainly not her type, but she’ll do more than play along to make it believable.

They’re willing to work together to track down a killer, but when the ruse becomes a little too real, will Maxim and Savannah give in to temptation or hold fast to their original obligations?

Find out what happens to Savannah and Maxim! Grab Her Rogue Russian on your e-reader today 🙂

Maxim Karev leaned against the bars of his holding cell, propping his forearms on the crosspieces and allowing his hands to dangle on the free side of the world. His intuition told him that it was a risky position to put himself in, but he doubted if anyone watching him was stupid enough to rap him with a nightstick.

He found the best way to pass the time was to people-watch. His eyes traveled up the negligible length of the male arresting officer, taking in the other’s short stature, shaved head, and ordinary face with some satisfaction. Anything to feel the superior in their situation. The other man was built rangy, like a runner, and muscled like one of those jointed wooden dolls. He’d heard his name when they entered the precinct together: Andrews. He could take Andrews in a fair fight. Andrews was deficient to Maxim in both looks and size, and probably in other areas of his life, although Maxim didn’t really want to imagine what he was like in the bedroom.

The next officer who entered the cellblock, on the other hand…

“Tom.” The woman who pushed through the door and strode toward Andrews was one of the most stunning creatures Maxim had ever seen in his life. He eased a little back from the bars of his cell to make himself less apparent as he studied her. She wore a fitted black pant suit and conservative heels; each sweep of her powerful legs implied the muscle tone beneath. Too bad he was prevented a full view by the pleated black pants she wore. Her pale blouse was unbuttoned at the top, the skin beneath several tones warmer than the starched material that perfectly and professionally concealed the shape of her breasts. One open button down her collar was agony, but two felt like inhumane torture to Maxim; he tried to pay more attention to the credentials hanging off her lanyard, but those also seemed to be hidden inside her shirt. Her hair, thick, lush and loose, faded seamlessly from brunette to blond at its tips.

The female agent, Savannah, rolled her eyes at the ill-timed flirtation. Maxim found that he liked her already.

“Is that him?” Her gaze hunted down the cellblock before locking onto its intended target. Maxim met her stare evenly, feeling privately impressed when she didn’t look away. “Is that the Karev?”

“Who else would a guy who looks like that be?” Tom replied.

Savannah held Maxim’s eyes a moment longer, before turning her back to him. Tom Andrews turned with her, and they continued their discussion in private.

It maddened Maxim that he couldn’t know for a fact what they were saying, although he thought it easy enough to guess. He had never had a direct run-in with the law like this when he was heading security for the mafia. It was only in the wake of his father’s murder that the feds had thought to find a reason to bring him in.

It wasn’t looking good, but at least the sexy agent was gazing at him again.

“Mr. Karev.” She addressed him directly this time. Agent Andrews moved off to give them some room as Savannah advanced down the cellblock toward him. Maxim fit his face against the bars and greeted her with a charmed smile, letting her know with his eyes just how much he appreciated that it was her joining him.

Does Maxim get out of his jail cell? Find out on your e-reader today!

One thought on “Her Rogue Russian (Karev Brothers Series #2)”