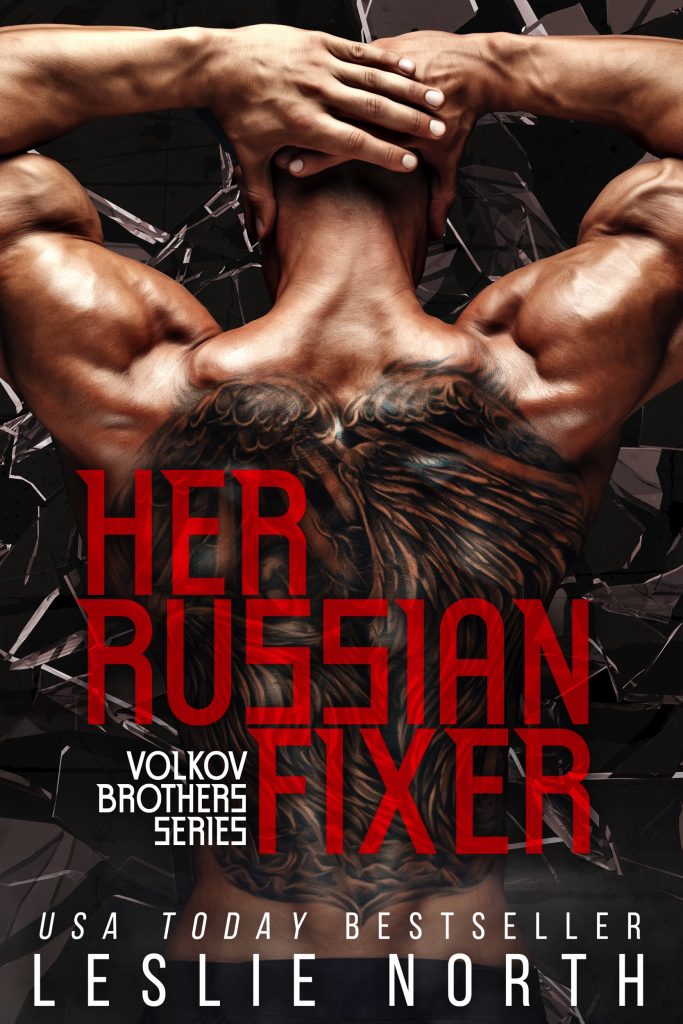 The Volkov brothers’ lives are shaped by the influence of their deceased father. They followed him into a life of organized crime, where each has excelled in the Bratva. Now, these three Russian Alphas must repay a near impossible debt to the mafia…

You’ll meet all three muscled brothers in Her Russian Fixer but this first book focuses on Benedikt Volkov.

He’s a Fixer for the Bratva.

With a strong jawline.

And a penetrating gaze…

Grab your copy of the Her Russian Fixer at:

The line between right and wrong blurs when a ruthless Russian becomes her dark protector.

Benedikt Volkov grew up in Chicago, but his family’s ties to the Russian Mafia run deep. So when his godfather, Pyotr Mishin, steals millions from the Bratva, it’s up to Ben to find him or his family will be forced to pay back the money. However, his careful plans are quickly complicated when an impulsive brunette forces him to become her unlikely hero. Ben hates surprises, and uncontrollable Lucy with her luscious red lips is a distraction that could get them all killed. But with an unexpected connection to his godfather, she may be the key to securing his family’s future.

Lucy Paprocki may be reckless and disorganized, but she finds a new focus when her world is turned upside down. She’s determined to find her real father, Pyotr Mishin—a man she didn’t know existed until recently—and Ben Volkov may be her best chance. One look at his tattooed skin, muscled bulk, and penetrating stare, and Lucy knows Ben is Bratva. The mafia man may be hugely intimidating and wound tighter than a string, but Lucy will have to trust him if she wants to discover the truth about where she comes from.

With danger lurking behind every door, passion quickly ignites between impulsive Lucy and methodical Ben. They may just be using one another to get what they want, but what if all they really need is each other?

Grab your copy of the Her Russian Fixer at: