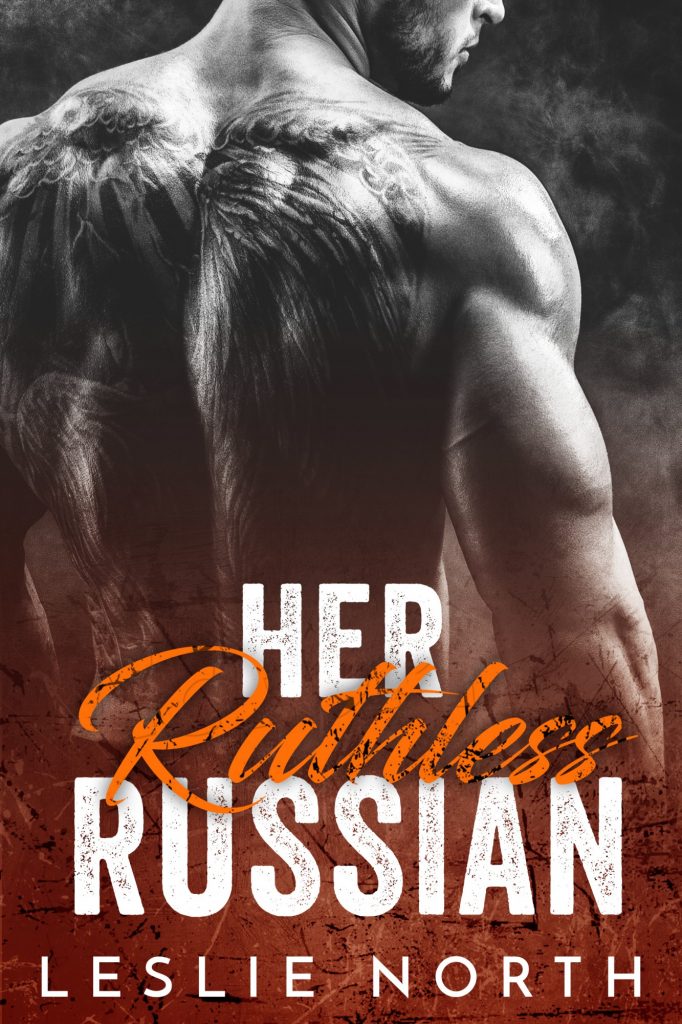 Born into a Russian Mafia family, Vlad Karev is no stranger to violence…but this time it’s personal. Someone has murdered his father and Vlad can’t rest until he finds the killer. When the trail leads to an art gallery, Vlad wants to dig deeper, but he needs help from the owner’s daughter. The pretty redhead is far too innocent for a man like Vlad, but he’ll do what it takes to get the information he needs. His obligations are to the family, even if that means using the fiery woman.

Madison O’Connor works hard to keep her family’s gallery going, although secretly she has little interest in art. But when she discovers her father’s been laundering money for the Russian Mafia, she’ll do everything she can to keep him out of jail. She hates to lie, but she has a plan…seduce the Russian bad boy to learn the mob’s secrets. Never mind his dangerous exterior or icy blue eyes, Madison’s going to get her family free of the mob, even if she has to use Vlad Karev to do it.

As the killer gets closer, so do Vlad and Madison. But is their connection just the means to an end, or could their romance be real?

Who will betray the other first, Vlad or Madison? Find out on your e-reader today 🙂

Vlad turned his attention away from the beautiful woman to eye the three movers with far less interest. The accumulation of their upper body strength was something worth considering, at least. These weren’t meatheads who zealously pumped iron at the gym—these were men who made their living hauling heavy objects, and they had the practical strength to show for it.

“Move whatever remains inside,” Vlad instructed, “and apply the zero to your offered discount. I won’t repeat myself.”

” Sir, I can take care of this,” the woman said uncertainly. Her tone made it clear she was uncomfortable with his easy command of the proceedings. He thought it likely her discomfort stemmed from the fact that she hadn’t been able to tighten the leash on these men herself. “There’s no need for you to get involved,” she added.

“Why don’t you tell the fire-crotch to learn how to handle her own business?” the supervisor demanded.

The woman gasped, as if all the wind had been knocked out of her by the crass insult. A meditative moment passed, and then Vlad put his coffee on a nearby ledge and struck out with the flat of his palm.

His single-handed shove sent the driver flying backward against the truck trailer. The container rang hollowly at the impact, and the man’s shoulder gave a sharp crack to rival the shattered wood frame from earlier, although Vlad was confident he hadn’t used enough force to break any bones.     The two movers sprang out of the way, and the woman’s hand flew to her mouth.

“Get a move on,” Vlad advised the three men. “Be glad I didn’t spill my coffee.”

The threat in his tone was thinly-veiled, and the movers collaborated to unload the items much more expediently after that. A thorough apology from the stricken supervisor preceded a complete refund, and it wasn’t long before Vlad and the woman found themselves standing alone in the alley amid a cloud of dispersing exhaust. The truck was gone, carrying with it the three stooges who had given her such a hard time.

“Terminate your contract with them,” Vlad advised.

“You don’t have to tell me twice,” the woman agreed.

Generously, he held out his coffee to her. The woman accepted his offer without a second thought as to what she was doing, exhaling a long sigh, she raised the paper cup to her lips. In the next moment, she spat its contents out onto the ground.

“Does this have… is that vodka?” she exclaimed incredulously.

Vlad shrugged. It was as much a morning staple to him as cream was to professionals who had less vital business to attend to.

“You cannot come into the gallery if you are intoxicated,” the woman said, delivering her verdict in a clipped procession of words.

Vlad raised an eyebrow. “Can’t I?” He didn’t bother correcting her assessment of his sobriety.

The woman fisted her knuckles on her diminutive hips. Any pair of hands could get lost in a set of curves like that, he mused privately. “No, you cannot,”she emphasized. “This is my family’s gallery, and I won’t have someone like you…that is to say…there’s been enough damage for one day.”

There were two details in particular about the woman’s comments that Vlad found far more interesting than her refusal to let him enter: one was her personal relationship to the gallery, and the other was her remark concerning someone like him. There was no mistaking the resentment in her tone. It may have been his intention to keep a low profile while visiting the gallery, but this woman saw right through him.

Then again, maybe it was the sharp sting of the vodka on her tongue that clued her in.

“Anyway, we’re closed,” she continued as she turned to go. His first sight of her had been from a distance, but he had yet to see her from behind. Vlad tipped his sunglasses to take in the view. Long, shapely legs stretched themselves to the limit of her slate-gray pencil skirt, hugging the rolling cleavage of her tight end. Now his thoughts about what lay beneath this woman’s clothes were anything but tame.

He was moving before he even knew he was in pursuit.

Vlad reached out a hand and caught the heavy door, pulling it open with ease as he followed her inside. The woman walked double-time, casting a hasty glance over her shoulder.

“I said we’re closed!” she snapped. She was as brave in her dealings with him as she had been with the three movers. The fact that she wasn’t afraid of him—especially considering her hint that she knew what he really was—made Vlad much more willing to push the boundaries of their interaction.

“I’m not here to look at art,” he replied. He wasn’t used to having doors closed on him. He also wasn’t used to hearing the word no, especially from a woman. “I’m here to speak to the owner. You just told me you’re an O’Connor.”

“I know what you’re here about, Mr. Mafioso.” She stopped and turned sharply on her heel, crossing her arms beneath her breasts. This new view from the front was enough to halt Vlad in his tracks. Luckily, she didn’t appear to notice where his eyes were directed. He was certain him appraising her like she was one of the pieces she kept on display would have further hurt his chances of getting answers.

“I highly doubt that.” His voice was cold enough to chill the faint wisps of steam still rising from what remained of his coffee. It was a new tone of voice, one the woman hadn’t heard before but she didn’t shrink from it. If anything, she looked suddenly curious… and curiosity could lead to a potential opening, if gentlemanly manners couldn’t.

Get Madison and Vlad on your e-reader today!

Available on Nook
Available on Kobo
The Karev Brothers Series is now available as a boxed set from Amazon, GooglePlay, iBooks, Kobo, Nook and Audible.

One thought on “Her Ruthless Russian (Karev Brothers Series Book 1)”