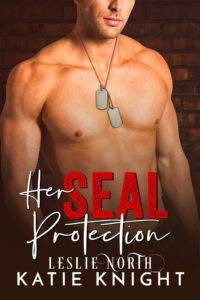 Going undercover was never this meant to be this hot…

Someone is trying to kill Eden Dawson. Trouble is, she has no idea who. After waking up in the hospital with partial amnesia, her family informs her that she witnessed a murder, and now she’s a target from someone who wants to make sure she doesn’t testify. Her brother insists she needs a bodyguard… Enter former Navy SEAL Chandler Ruthven.

Chandler may be cool as ice, but Eden can’t deny that his chiseled body and smoldering stare are red hot. But the last thing Eden wants is a baby-sitter—she can take care of herself. Until an attempt on her life convinces her she needs Chandler’s help.

Ever since Chandler left the SEALs, he’s struggled to take to civilian life. Now, to keep Eden safe, Chandler decides to always keep her in his sight by pretending to be her boyfriend. It’s just supposed to be an act, but with Eden, somehow their fake relationship feels all too real. And that’s a distraction he just can’t afford.

Neither of them were looking for love. But if Eden can survive this harrowing ordeal, love just might find them both.

Her SEAL Protection is available from Amazon.