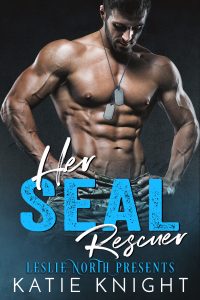 Benjamin Steele just wanted to go on a well-earned vacation in Alaska. But instead he finds himself on a flight with Megan Foster, the one woman he’d ever loved. When their plane goes down in a fiery crash, Benjamin finds himself acting as protector to Megan and her little charge, Logan. Making matters worse, he quickly realizes someone is out there trying to kill one of them. The Navy SEAL wasn’t looking for romance, but it’s hard not to think about such things when Megan is near him. As they work together to escape danger, Ben feels unwanted stirrings in a heart he’d nearly forgotten he had.

As Logan’s nanny, Megan knows two things—she needs to get Logan safely back to his parents, and Ben is the best bet she has. Though he’d left her heartbroken years before, she trusts that he can protect them both. What she doesn’t realize is that Ben is a different man than the one who abandoned her, and it’s impossible to ignore the chemistry burning between them. As the danger increases and those hunting them draw ever closer, she’s finding it more difficult to resist his quiet strength. But will he still be around to protect her when they’re safe? Or will old habits kick in and leave her heartbroken once again?