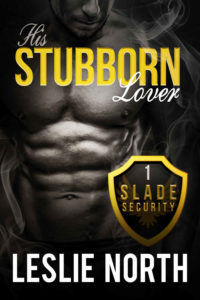 He didn’t understand loyalty until she stripped it away…

Ex-NYPD cop Damian Stone was on the fast-track to an FBI career until a mafia ambush cost him his partner. He left the force and was recruited by an elite security team that leverages his hyper-protective instincts to protect the unprotectable–dangerous clients are Damian’s bread and butter.

But he never expected her.

Alexa Volkov lived a privileged life—far from the messy underbelly of her father’s Russian mafia. But that doesn’t stop her from carrying the tattoo that makes Damian burn for revenge. As a crime boss daughter, Alexa is in a unique position to collapse the organization from the inside out. Her plan to testify against the mob patriarch puts a bounty on her head that would tempt even the most trustworthy cop—especially one hell-bent on punishing her for the sins of her father.

But the safe house part of Damian’s protection plan is anything but safe. In a place where alliances are not what they seem and the most dangerous heat bearing down on them is the forbidden burn of seduction, the only thing more at risk than life is a lethal hit to the heart.

Available on His Stubborn Lover from:

The Slade Security series is also available as a boxed set from Amazon, GooglePlay, iBooks, Nook and Kobo.