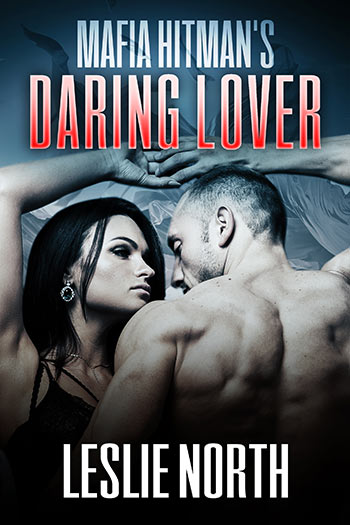 Dedicated street cop Desiree Addams is determined to find the person responsible for killing her father and brother, even if her search paints a bullseye on her back.

But when she meets a domineering Russian hitman, everything changes. With six and a half feet of pure muscle and piercing blue eyes, breathtakingly handsome Grigori is impossible to ignore. When their paths cross, Desiree can’t help but be charmed and seduced by the intriguing man, even if they are on opposite sides of the law.

Mafia hitman Grigori has a life steeped in violence and an unwavering loyalty to the organization, but one look at the petite, courageous cop and he knows he’ll do everything he can to protect her. She may be stubborn, daring and determined to go it alone, but Grigori has always liked a challenge. When her hunt for her family’s killer pulls her into his dark underworld, she’ll learn quickly that no one messes with what belongs to Grigori, and the Russian mafia always takes care of its own…

“I didn’t know I was following you,” Desi answered, taking exception to the way he had manhandled her.

“I got that,” Grigori said, rubbing his stomach where she had kneed him several times.  A few inches lower and he would have been singing soprano for some time to come. For someone so much smaller than he, she sure put up a good fight. Before he could stop himself, his mind wandered. Is she a lioness in bed as well? Or does she purr like a kitten? God, where did that thought come from?

He looked at her, hoping to find something to push that thought away, but instead, his mind kept going down the road to perdition. She was still struggling with the seat belt, so he reached over and grabbed her hand. When she tried to pull it away, he squeezed it and gave her a warning look.

She tried to pull her arm away once more, and when he didn’t release her hand, she gave a small groan of frustration, the sound travelling straight to his gut and causing his body to harden even more. He grinned at her struggle, and she struggled even more. He was more than a foot taller than she was and outweighed her by over a hundred pounds. She’s not going anywhere until I say so!

“You think this is funny? Let go of me!” Desi struggled to remember any piece of her self-defense training that might help her in this situation, but she came up with nothing.

Desi pulled once more, only succeeding in pulling their clasped hands over into her lap. His knuckles brushed against the tops of her thighs, sending shards of pleasure straight to her core, adding to her confusion. She shivered in reaction, and when he let go of her hand a moment later, she tucked it between her thighs, trying to still her reaction.

Grigori watched her from the corner of his eye and inwardly grinned at her reaction. She wasn’t immune to his nearness, and even though she’d protested him keeping hold of her hand, he’d felt her body’s reaction to his touch. She’d like having me touch her. Liked the danger and excitement of struggling against my hold.

That thought started his mind wondering what she was like in bed. Would she get excited if he pinned her down? Or would she become the aggressor, fighting him for control? Grigori could find pleasure in both. He’d often mixed a little kink in with his physical relationships, the slight edge of danger and the forbidden adding something to the mix that he found fascinating and highly enjoyable.