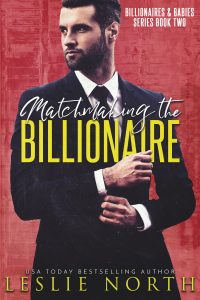 When single mother Haley Renault’s boss, Nicholas Hunter, makes a bet that he’ll get married before his buddy does, Haley sees the perfect opportunity. While Haley is no romantic, she firmly believes her dating app can find anyone—even self-centered, maddening Nick—a perfect match. If she can show Nick the app actually works, then he might approve it, and Haley’s dreams of success could begin. There’s only one hitch. The man Nick presents to the outside world is nothing like the caring, selfless one she’s getting to know—the one she’s starting to fall in love with.

Nick loves money and all the power and prestige that comes with it. With a cool million riding on a bet with his buddy, he’s determined to win, and Haley’s dating app is just the advantage he needs. But the app’s matches bore him—they’re only interested in his money. He can’t help but wish they were more like Haley—funny, sexy, intelligent, and a woman who sees the man behind the billions. But just as he realizes Haley just might be his perfect match, the app comes through with his “ideal” woman. It’s a chance—maybe the only chance—to show the world Haley’s app actually works.

All Nick wants is Haley, and all Haley wants is for her app to work. It’s a bind all the money in the world can’t fix, and Haley and Nick will have to unravel it before their perfect ‘match’ gets away.

Pick up this steamy romance from: