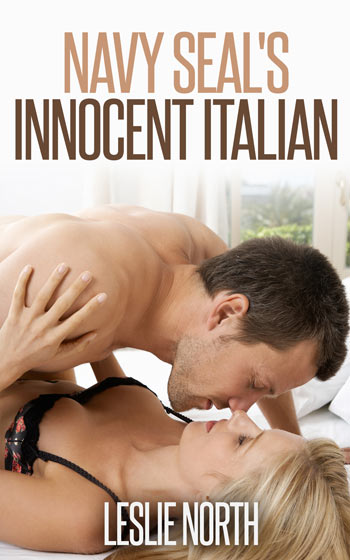 Trent Coldwell is out for revenge. After Marco Bresi’s attempt to steal his baby, Trent will do anything to stop him from hurting his family ever again.

Trent hires Jake Travers, a 10-year Navy Seal veteran and black ops specialist. Tracking Marco is easy for Jake, but when he notices the beautiful woman Marco is escorting around things get a lot harder, in more ways than one! At first he sees her as a way to get into Marco’s inner circle, but as he gets closer to her his attraction only grows. Now Jake needs her like he needs his next breath.

After a disastrous arranged marriage, Alexandra Moretti is looking to escape Italy. As part of a business arrangement, Marco reluctantly agrees to take Alexandra to America. And when she meets the ruggedly handsome Jake the day of arriving she can’t believe her luck. His dark blue eyes and commanding presence never fail to attract female attention, and Alexandra is no exception. She feels vulnerable around him, like she is worth protecting.

But with their relationship growing hotter by the second, loyalties are tested as Trent learns the truth behind Jake’s feeling for Alexandra, and Marco’s betrayal.

“Trent, I just heard back from Travers. He found Marco, but he didn’t come back from Italy alone. Get this, he has a twenty-something woman travelling with him. He’s not sure what the relationship is, if any, but it seems that Marco is doing a favor for her father by bringing her over to the states.”

“Travers isn’t sure yet. She has a meeting at one of the children’s hospitals tomorrow and he’s going to try and accidentally bump into her. It doesn’t sound like Marco’s going with her.”

“Good,” Trent replied. Tapping a few things into his computer before adding, “Did you get those reports I sent you?”

Shawn sighed, “You mean the ones outlining in detail all of the business dealings Marco currently has in the works? Yeah, I got them.” Shawn paused and then said, “Trent, are you sure you want to go through with this. Why not try talking to the man one more time?”

Trent made a frustrated sound through the phone, “Now you’re starting to sound like Brianna! Marco Bresi is going to pay for upsetting my wife and kidnapping my daughter. I’ve tried to leave the man alone these last few years, I’ve countered his pitiful attempts to ruin me, but this time he went too far. This time it was personal and I can’t just ignore it!”

“Why can’t you? The man doesn’t even reside on this continent. Try talking to him one more time. Maybe he has a conscience and the episode with Faith helped trigger it back into action.”

“Shawn, can you get me the intel I need, or do I need to look elsewhere?” Trent asked, tired of fooling around. If Marco Bresi wanted to fight dirty by attacking his family directly, then Trent would take off the gloves and show the man how to play in his sandbox. Trent played for keeps and Marco was about to wish he’d never left Italy.

Shawn sighed through the phone, “Of course I can get you what you need. I just wish you’d let this go.”

“I can’t. Did Travers give you any idea of how long they were going to be in New York?”

“And then?” Trent asked.

“They’re headed here. Travers heard her talking about universities and hospitals and such. He’s not sure exactly what up, but he seems to think they are both headed back to Colorado.”

Trent mulled that information over before saying, “Get me that intel. By the time Marco lands in Colorado I want him to be very aware that he’s messed with me for the last time.”

Shawn bit his tongue on the other end of the line, seeing Janet standing in the doorway to his home office with a curious look upon her face. “Okay. I’ll get back to you soon.” He hung up the phone and then turned a smile upon his wife.

Janet eyed his smile and immediately knew she wasn’t going to like what was in the works, but she asked anyway, “What’s going on?”

Shawn thought for a millisecond about keeping the details from her, but then realized she might be instrumental in helping persuade Trent to let this vendetta go. “That was Trent. He’s decided to go after Marco with a vengeance.”

Janet stepped around her husband’s desk, letting him pull her onto his lap, “You couldn’t talk him out of it?”

Shawn wrapped his arms around his wife, “He wouldn’t even consider talking to Marco one last time.”

“Can you blame him? I mean, the man stole his baby from the hospital!” Janet personally thought Marco Bresi needed to be strung up for causing Brianna so much worry, but then again, she wasn’t known for being docile when it came to protecting those she loved.

Shawn shook his head, “It’s not a matter of blame. It’s more a matter of where does it stop. Trent still won’t tell anyone what happened with Serena, so all of this makes little to no sense.”