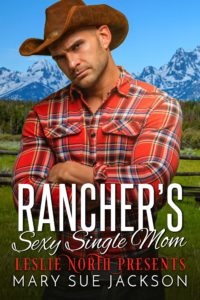 For this smoldering cowboy, home is where the heart is…

Fox Rockwood has gotten himself in a tight spot. He’s about to open his dude ranch, but his entire staff has quit! Unless he can replace his workers quickly, he’s going to have handle the grand opening all on his own.

When he spots single mom Teegan Wylett, a beautiful and vivacious bartender, at a local watering hole, he’s intrigued. She’d make the perfect hostess for his clients. Sure, Teegan’s easy on the eyes, but Fox is only interested in what she brings to his business. At least at first…

Teegan is leery about working on a ranch. She knows nothing about country life, but she’s just lost her apartment, and the position comes with housing for her and her son. It’s an offer she can’t refuse. As a single mother, she definitely doesn’t have room for romance in her life. Still, it’s hard to ignore a cowboy as sexy as Fox…

But despite their growing attraction, it’s painfully clear that Fox doesn’t see her as a partner, in life or in his business. Staying is no longer an option. But will leaving break both their hearts?