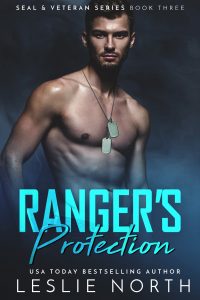 Viktoria Jonsdottir is none too pleased with the personal bodyguard her father has insisted on hiring to keep her safe. Safe from what, she has no idea, but she’s convinced having this brooding man hovering over her is completely unnecessary. All she wants to do is get to New York where her father is conducting high level meetings for their corporation—meetings she arranged, to prove her value to the company. Sure, Lee MacCallister is sexy as hell and his eyes would make an ordinary woman swoon. But Viktoria is no ordinary woman. She’s not going to fall for Lee, even if he does make her feel things she’s never felt before. Like this strange new emotion that just might be…happiness.

It’s a simple enough assignment for the former Army Ranger—protect some rich, spoiled woman for a few days then pick up the check. Only thing is, Viktoria isn’t like any woman he’s ever met. She’s tough, smart, and has a body that’s more than a little distracting. He can keep it professional, even though she’s beyond tempting as sin. But when things get dicey and Victoria’s enemies prove to be far more dangerous than Lee anticipated, he realizes Viktoria has become more than an assignment—she’s become personal. And that could be the most dangerous thing of all.

The Ranger’s Protection is available from: