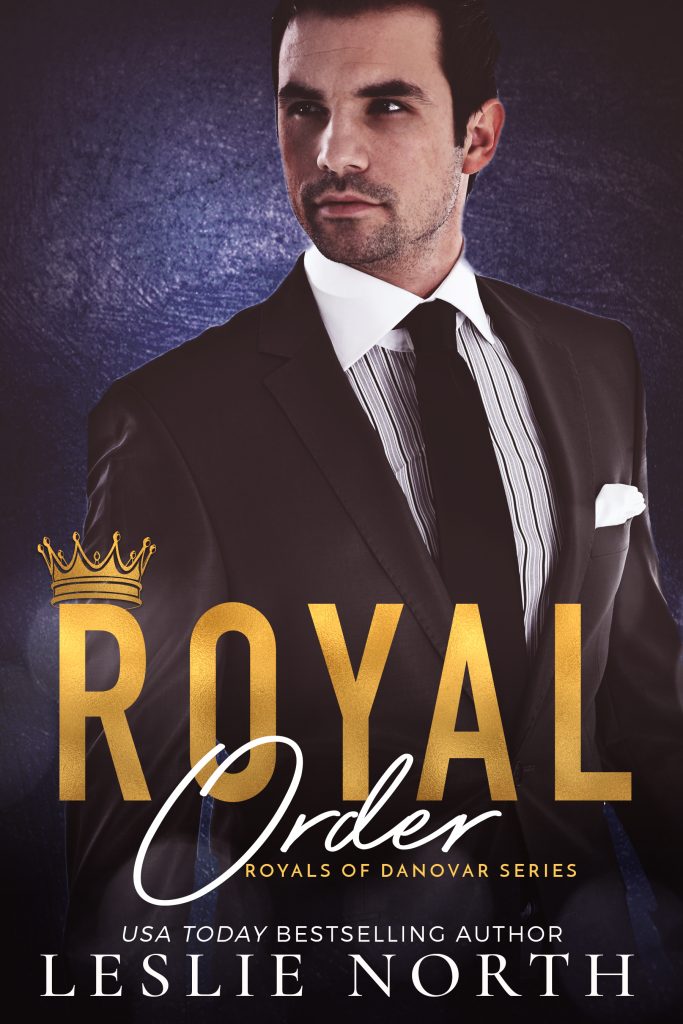 Simon Stuart has always been serious. Serious about his studies, his naval service, and supporting the royal family. However, watching his cousins King Phillip and Prince Eric find love and new paths in life has left Simon feeling adrift. That is, until during a Danovian Dahlia event Simon finds himself offered a new proposal: an engagement of marriage.
Penelope Alcott never wanted to be queen. That’s why she runs a toy company instead of learning royal etiquette. Because when you’re fifth in line for the throne, it’s crazy to think that you’re ever going to be crowned. Yet, after a series of unfortunate events including a tragic plane crash, two abdications, and a bizarre incident involving a Native American sweat box, Penelope finds herself crowned Queen. While Penelope is unsure about her new position of power, the royal family is taking no chances. They’re going to marry Penelope to a ringer: Simon Stuart, the perfect King who isn’t in line for a throne.
Simon finds Penelope woefully unprepared for the realities of royal life and decides he has to help her. It isn’t long before Penelope gets the hang of ruling, and she begins to think she and Simon make a pretty amazing team — both publically and privately. But when a mother appears claiming her toddler has a right to the throne, Penelope and Simon are faced with losing a life they were just beginning to love.

Buy from Amazon US