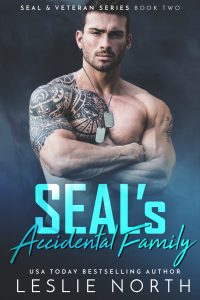 All her life, Rachel Winchester has fought against the idea that she was nothing but white trash destined for Loserville. Now, it seems all that fighting was for nothing. Sure, she’s running a successful B&B and, yes, she finally had her way with a man she’s crushed on for forever—Harris McCallister, the guy she’s flirted with for years; the guy she’s thought about and pined for. She’s finally feeling good about the future when—bam—she gets pregnant. True or not, in her world, nothing says white trash more than an unmarried pregnant woman. Worse, her “loving” mother is threatening her over the B&B and the property it sits on, all because of a silly legend about a pirate’s buried treasure.

Harris doesn’t know what it is about Rachel, but he’s always been drawn to her. With her brightly dyed hair and sexy-as-hell tattooed body, she’s impossible to ignore—and drives him crazy in all the best ways. Finding out she’s carrying his baby has him thinking things he’s never thought before. Thoughts he brutally pushes away. Returning to active duty as a Marine Raider is what he wants, not settling down and playing house. He’ll stick around just long enough to make sure Rachel and the baby-to-be are safe from increasingly disturbing attacks they both believe has to do with an old legend about a pirate’s buried treasure. The longer he stays, though, the tougher returning to duty is becoming. But when the time comes to head back to the Marines, he has to make the toughest decision of his life—duty to his country, or life with the woman he loves.

The SEAL’s Accidental Family is available from: