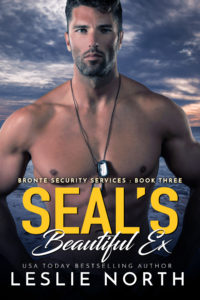 Working undercover with his ex… what could go wrong?

The last thing Madelyn Franklin wants to do is pretend she and her ex, Charlie, are a couple again. But when a cartel leader begins to destroy local farms, the two realize they have a common enemy.

Former Navy SEAL Charlie Bronte is the hot-blooded, hard-headed, heart-melting man who Madelyn never really got over. Working with him to take down a drug lord is driving her nuts. Until they kiss… And suddenly their fake relationship feels all too real…

Deep down, Charlie knows he’s still attracted to Madelyn. But he never thought he’d get so carried away. Pretending to be her boyfriend is really getting under his skin. He’s worked undercover before, but nothing like this. And he never thought about settling down, until now.

But with the cartel getting suspicious—and dangerous—will he get the chance to let Madelyn know how he really feels… Before it’s too later them both?