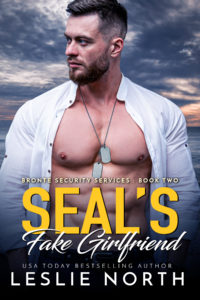 When her little sister Robyn is kidnapped, Rhianne Carlson promises herself she’ll do anything to bring her home safely. Even if it means reluctantly teaming up with private security agent and former Navy SEAL Eric Cruz.

Despite his smoldering good looks and undeniable talents, Rhianne has never trusted this sinfully sexy agent. And she definitely doesn’t like his plan to pretend to be a decadent couple, in order to lure out the organized crime syndicate who’s taken Robyn. Eric’s taking his role way too seriously. All that touching and kissing. It’s enough to drive a girl mad…with lust.

Eric has always admired Rhianne. And now that they’re working together, he finds his admiration turning into something more. They’re getting way too good at pretending to be a couple. Their kisses seem all too real. But the danger they’re in is real too. And even though he knows Rhianne can handle herself, he can’t help feeling protective of her.

Can they fight for their lives, while also fighting off their mutual attraction? And if they manage to survive, does their growing love have a chance?