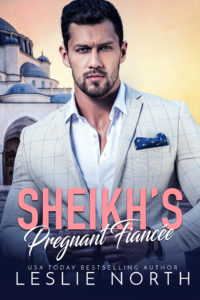 A night of passion under the desert stars…

For handsome and honorable Crown Prince Jarah Ramzi, duty is everything. Nothing ever has ever interfered with his royal responsibilities. Until beautiful American Aubrey Bennet catches his eye one night and he decides—just this once—to be impulsive.

What a mistake. Because not only is Aubrey unforgettable, their one night of passion has left her pregnant. Determined to do the right thing, the dutiful prince asks Aubrey to marry him… But he’s shocked when her answer is no!

Aubrey was just blowing off steam when she slept with the oh-so-sexy Jarah. She had no idea who he was or that their night of passion would leave her pregnant. At the same time, her beloved grandmother has announced that she’s selling the family’s vineyard—Aubrey’s sanctuary. With all this turmoil to deal with, she’s not about to marry a virtual stranger, even if he is a smoking hot prince. Then Jarah offers her a deal: Marry him and he’ll buy the vineyard for her. How can she resist?

The bigger question is, how can she resist Jarah? She can’t—and he can’t resist her either. But just when they realize fate may have brought their hearts together, an outside force threatens to tear them apart…