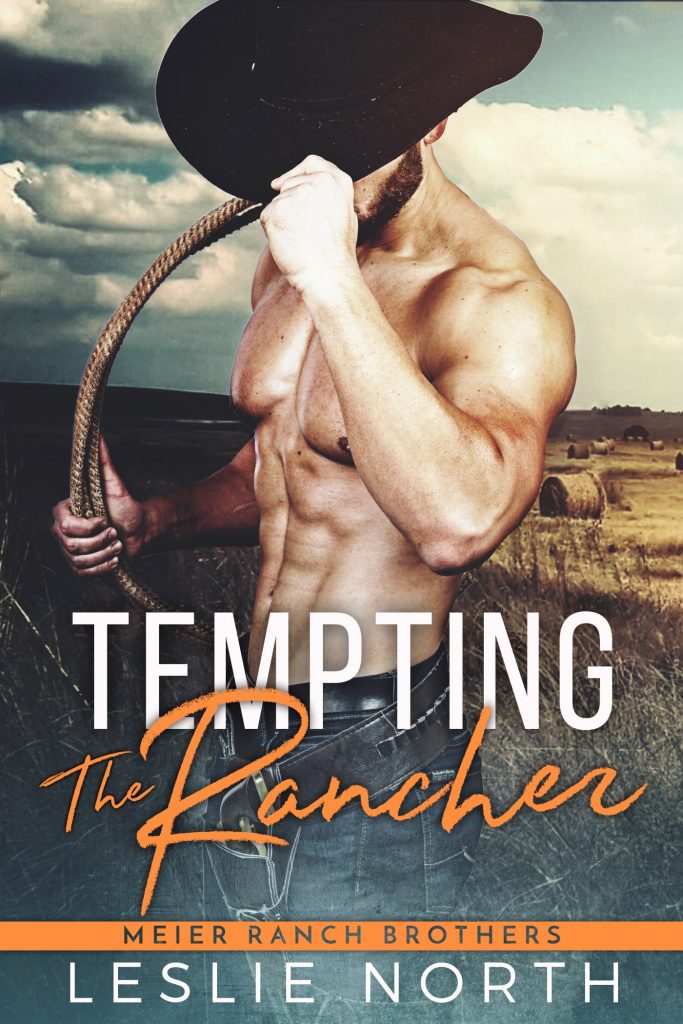 Texas rancher Nathaniel Meier always puts his responsibilities first. With his father dead, his brothers away, and his mother off “finding herself,” it’s Nat who runs their sprawling ranch. But with cattle to sell and the bank breathing down his neck, he needs all the help he can get, even when that help comes from the last person he ever expected to see again—his childhood sweetheart January Rose.

Free-spirited January always dreamed of traveling the world. The moment she turned eighteen, she left Close Call, Texas behind and barely looked back. So now that she’s home, she intends to stay only long enough to earn some cash and get back on the road. But when she comes face to face with Nat Meier, she quickly realizes the boy she left behind is now all man.

Even for a nomad like January, wanderlust sometimes gets lonely, and Nat is the one person who’s called to her, even after a decade apart. But for a man ruled by responsibility and a woman whose suitcase is her home, the future is uncertain. And the closer they get, the more Nat worries he’s going to get burned…again.

January wore jeans and boots and one of his extra work hats he kept on a peg in his stable office. Infinitely flawless.

“She knows nothing about herding. What if one of them balks?”

“She’s right here.” January approached, her walk more assured than he remembered. “I’d appreciate it if you didn’t talk around me.”

“Fine. You can’t go,” Nat said, pointed, direct. The kickback of authority in his voice bolstered his dogged determination to not get distracted by her ass bouncing against the saddle all day.

The ranch’s second-eldest hand, Mack, poked his head around the corner. “Clay’s wife went into labor twenty minutes ago, boss.”

Nat felt the wind knocked out of him. He yanked his hat low, so low that the silk band cinched his eyelids closed, a blessed counter-pinch to the headache forming behind his brow. “Perfect.”

January’s sultry-low voice filled the stalls. “Looks like you don’t have much choice, Hugo.”

His cheeks flamed. He hated the nickname Hugo, given to him by his English teacher after he witnessed Nat running down Main Street in nothing but a gray shawl early one Sunday morning when Wes stole his clothes after a night of drinking. Though Victor Hugo had, according to legend, managed to write a masterpiece while wearing nothing but a shawl, Nat only managed to flash the Baptist choir filing in for Sunday services.

He repositioned his hat, approached her like he was considering a duel but she had all the pistols, and stared the sass right back out of her.

She pressed her lips together, effectively erasing her grin.

Her face was different. Contour replaced fleshy, youthful cheeks. Shadows dusted the delicate skin beneath her green eyes. Lips he once had to coax into ripe, plump shades of fruit now came naturally full. Sun-kissed waves tumbled down to rest on her shoulders. She was sexy, seasoned with time. And the reason he nearly lost his mind a decade ago. He would let that happen again when his cold, dead corpse was pushing bluebonnets up through the dirt.

“No noise. No yelling unless you’re in trouble. Calm and steady movement to minimize stress on the herd. Mack’s the lead, I control the direction. Hang back. Do what you’re told. I won’t have my men getting hurt.”

She blinked too much, at an apparent loss for words. Something else different. Maybe in the ten years since she disappeared without a proper goodbye, she had learned that empty last words held little power. Her gaze drizzled below his chin. She nodded.

Nat took Poe’s reins, led the horse out like the barn was on fire, and rode until he was satisfied January would hightail it back to Mona’s trailer and consult her prized map for another place to spread her heartache. But at the target pasture, he found her among those assembled. Atop his steadfast mare, Brontë, her chin tipped defiantly, spine erect, hat brim obscuring her eyes, she was beautiful.

And he was sixteen ways of gone.

Grab our copy of Tempting the Rancher! It’s now available at: