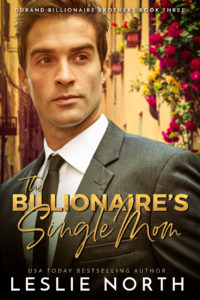 A grumpy billionaire who refuses to fall in love…

Until he meets her.

She’s open and warm, and for some reason, does things to his heart no other woman has.

Riley knows winning custody of her late sister’s twins is an uphill battle, but she’ll do anything to keep them away from their father. Having a successful lawyer on her side is nice. Having feelings for said lawyer? Not so nice.

Resisting Gui is proving to be a challenge—from the minute she meets him, Riley is immediately aware of their red-hot chemistry. When they finally give in to their attraction, Riley has major doubts about getting involved with anyone when she has to focus on the twins. But what does her heart say?

The Billionaire’s Single Mom is available from: