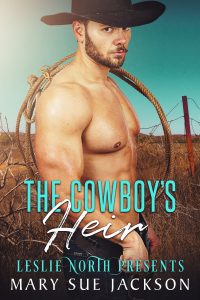 Chelsea Karnes has dreamed of moving out west to “wide open spaces” ever since reading her first cowboy romance at age ten. So when Chelsea gets offered a teaching position in an “alternative” elementary school in Texas she sees it as fate’s design and goes all in. Even hooking up with a cowboy on her preparation trip to find a place to live.

After a childhood spent basically screwing-up everything he cared about, Parker Trent is now a careful man. He’s inherited a sizeable dairy farm from his father and prides himself on the purity of his milk and the purity of his dating record: he only dates tourists. But when his dairy farm’s accounts are called into question and his hot hookup from the summer turns up—pregnant—as the alternative school’s new kindergarten teacher, not only is his dating record broken, but his world is turned upside down.

Chelsea is perfectly happy raising the baby on her own, but Parker refuses to fail at fatherhood. The more time they spend together, the more Parker is determined to show he can be the father their child needs. Recruiting himself to help with the school’s adaptive animal program—the program Chelsea happens to run—seems like a chance to show Chelsea that he means business when it comes to parenting and to get him back into her good graces after his less than excited reaction to their bundle of joy.

But spending time with Chelsea has Parker longing to be more than just a father…for the first time in his life he’s wondering what it would be like to be a husband too.

Get your copy from Amazon.