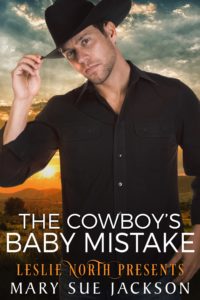 No man should be as sexy as Trey Cantor when he’s mucking out a horse stall. But then again, there’s no man quite like Trey.

Charity has known Trey all her life, but she can still appreciate a fine-looking man when she sees one, and Trey is far more to Charity than just a fine-looking man. He may have always seen her as his best friend’s little sister, but Charity’s all grown up and her crush on Trey has grown up too. If only she could get him to see her as a woman.

During a trip to buy Charity’s new barrel-racing horse, Trey’s floored—and a bit horrified—by how attracted he is to her. He wants to put her firmly in the friend zone, but his body disagrees. And when they get home, that attraction ignites all the way to the bedroom, leaving Trey riddled with guilt the morning after. He feels he’s betrayed the family who made his life bearable when he was young and dealing with a drunken, violent father. But what Trey is convinced was a mistake turns into so much more when Charity finds out she’s pregnant—with twins. Now, he’ll do right by her and support his children. He’ll take care of Charity, like he’s always done.

The only thing is, Charity insists she doesn’t want or need his help, thank you very much. She’s still stinging from his rejection after their night together, and refuses to marry him based on some duty or obligation. She wants a man who loves her, not just one who’s determined to do the “right” thing.

Yet as Charity’s pregnancy progresses, Trey realizes he can’t live without her, and he’ll do all he can to convince her they were meant to be.