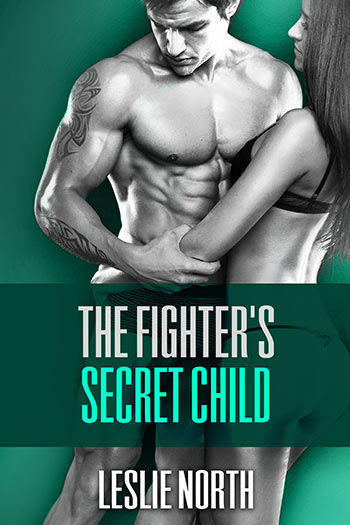 A few years ago, Rachel strutted around the ring wearing next to nothing. Now she’s back with Beck’s baby… and he’s not letting her go.
Ex-ring girl Rachel St. Martin used to love the thrill of MMA, but there was only one fighter she ever fell for. With his deep blue eyes and rippling muscles, Beck Burton stole her heart. But when she got pregnant, one taste of his explosive temper was enough to know she couldn’t have him around her child. She already lived through that with her own father. She swore she’d never go back, but with baby Chaz in need of a bone marrow transplant,
Beck may be her son’s only chance.
Beck has had more than his share of ring bunnies, but gorgeous, red-haired Rachel is the only woman he’s never been able to forget. When they fought two years ago, he had no idea she’d walk out on him for good. He may have lost his cool then, but she should have known he only uses his fists inside the ring. Now she wants nothing more from him than a transfusion, but if Beck can get his anger issues under control, he may get a chance to win back her and his son. It’s a challenge he’d hate to lose.

Download Beck’s story from Amazon and start reading it in seconds:

Rachel pushed at a stray lock of hair. The air stung her cheeks and her lungs. Spring in Utah could include sunshine and warmth, but today was turning out more like a winter’s day than anything.
The early morning sky had started to cloud over, and rather than warming up, it was actually getting colder as the day wore on. You should have had the taxi driver take you to a hotel first!
Shaking her head at her foolishness, she pulled her purse crossways over her body and bent to tend to Chaz.
She undid the stroller seatbelt, cuddling her little man close until he stopped fussing. She had carried their belongings inside the fenced yard, stacking them on the porch until she could deal with them again.
Once her son was calm again, she set him back in the stroller, “Just a few more minutes, Chaz.”
Rachel reached for the door to the school. It rattled in her hand. Hugging her sleeping son tight, she stepped to the side and looked at the hours. She let out a sharp breath. The school had new hours and wouldn’t open until noon. She closed her eyes and tried to come up with a plan. She couldn’t wait on the street.
Remembering there was a small apartment with its own entrance at the back of the building, she pressed her lips tight. She—well, she and Beck—had used it years ago. A spare key had been tucked above the doorjamb. For emergencies.
Well, this kind of counted. Only, it was her emergency and not theirs. Surely no one would mind, and it was just for a few hours? Besides, Chaz needed to eat and to be warm. Chaz helped her make up her mind when he started to fuss again.
She tucked his blanket around his little body and pulled his hat over his ears and forehead. The wind was bone chilling. “Just a few more minutes’ sweetie and then momma will get us warm.” Balancing her luggage in one hand, she dragged Chaz’s car seat and pushed his stroller around the side of the building all at once.
“Whatever it takes,” she muttered. Her new motto in life.
Thankfully, the apartment was still there. Pushing herself up on her tiptoes, she felt for the key.
Bingo!
Pulling it out she stuck it in the lock. She was more than exhausted. The red-eye flight had left her dragging and what she wanted was a cup of coffee and a place where Chaz could eat and nap. Her stomach fluttered at the thought of facing the Burton’s later—but that was for later.
“You’ll feel better as soon as Momma gets you inside. And then we’ll see about getting you some lunch.” She’d packed food for him, along with diapers and everything else he needed.
Putting the key in the lock, she turned the deadbolt. She turned the knob, but the door stuck—just like always. She kicked the bottom and pushed hard. Muttering a curse, she leaned against the door with her weight.
The door gave as if someone had tugged from the inside—and someone had.
Rachel fell forward with a stumble. Large hands caught her and strong arms stopped her fall. She pulled back, but then she froze. Only one man had eyes that dark—demon dark with specks of gold glittering in the depths. Gold—or maybe more like hell fire.
She stared into those eyes—so dark and glittering hot now—and the breath caught in her chest. Only one man had a magnetic pull on her that could take her breath like that and leave her heart pounding. And that man was Beck Burton.

Download Beck’s story from Amazon and start reading it in seconds: