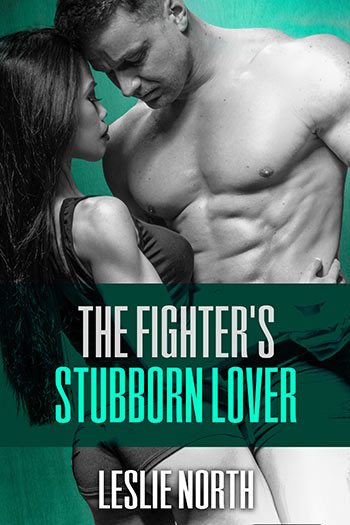 Avery Caldwell will do anything to save her younger brother from the violent world of fighting. Only one thing stands in her way: renowned fighter Mason Burton.

Avery already lost one brother to fighting and she’s determined to save the other. All she has to do is persuade his trainer, superstar Mason Burton, to talk her baby brother out of the ring. She wasn’t counting on Mason being the tallest, strongest, sexiest man she’s ever seen, but that won’t change her mind. She’ll just have to ignore her unexpected feelings for the charming fighter and do what she came to do.

Mason’s used to women lining up for him at the side of the ring, but one look at Dustin Caldwell’s overprotective sister is all it takes for him to fall hard. With long blond hair and the face of an angel, she’s the most beautiful woman he’s ever seen. He knows she hates everything about fighting, but Mason refuses to tap out.

With her stubborn determination, it won’t be easy proving that the circuit isn’t as dangerous as she fears. But convincing her to fall for a fighter may just be the fight of a lifetime.
Approximate length: 30,000 words (a novella)

Find your favorite site from the list below and start reading it in seconds:

Mason exited the post office in Gilson, his eyes trained on the letter in his hand. He brushed his fingers over the MMA commission return address. This had to be the official release stating he could begin training again.
Pulling in a breath, he rubbed the back of his head. He felt fine—hell, he was fine. He’d spent most of the fall doing his four months of mandatory rest up from the concussion. He was itching to get back into the ring, and set up his next fight.
He ran down the steps, turned the corner, and looked up—way too late.
The girl coming the other way slammed into him, softness bouncing off him. He dropped the letter and grabbed for her. Her feet slipped on the snow-covered sidewalk, dragging him with her. His feet slipped, too and he skidded around, landing them both up against the railing near the steps.
“Oh!” The girl let out the word with a soft breath.
“Hang on a sec.” Mason held her tight until he was certain they were done skidding on snow. Winter clothing smothered the girl with a wool stocking cap pulled down over her head, a knitted scarf wound around her neck, partially covering up her chin, a down coat and thick ski pants. She looked more like a snowman. She definitely wasn’t a local—locals knew how to dress for warmth and didn’t need that many layers. “You okay?” he asked.
She put a hand on his chest. “Fine, just fine.” She straightened and her eyes widened—cornflower blue eyes that Mason had the feeling he’d seen once before. Those eyes flashed and she pushed hard on him. “You’re Mason Burton!” She flung the words at him like an accusation.
Mason let go of her. He’d thought—given her size—she had to be pretty young, but he could see a maturity in her eyes. Damn if her eyes aren’t gorgeous! He wondered if the rest of her matched. She was watching him carefully. He had no idea what she’d look like underneath that winter gear, but he couldn’t shake the feeling he’d met her before now. She had suede boots on her feet, trimmed in faux fur, and while they looking warm, he could see damp stains on them.
“Do I know you?” he asked. He stepped back from her, but stayed close enough to catch her again if she slipped. The two feet of snow that had been snowplowed off the streets now sat in piles scattered here and there, a good deal of it swept up onto on the sidewalks.
The woman shook her head. Well, he might not know her, but she knew him. Sweeping up his letters, Mason took her elbow. “Mind if we step out of the wind. There’s a coffee shop here.”
She gave a swift nod. He gave her an encouraging smile and pulled her with him into the coffee shop. He held the door for her, directing her to a side table. Heading to the counter, he ordered two coffees. He had no idea what she took in hers so he’d let her fix it up.
Unwrapping his own scarf as the warmth from the heater blasted him in the face, he let out a breath. He paid for the coffees and came back to find he’d lost what had looked like an Eskimo and a woman now sat at the table. He glanced at the gloves on the table, the scarf, and then at her. He just about dropped the coffees.
“Wait… You’re Dustin’s sister!”

Find your favorite site from the list below and start reading it in seconds: