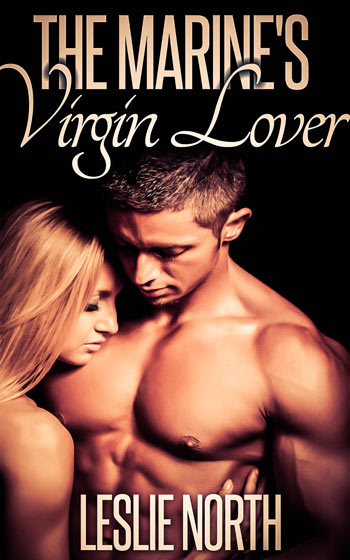 A mother’s worst nightmare comes true. Brianna’s newborn baby is snatched from the hospital, before she even gets a chance to hold it for the first time.

Trent hires Seth Jacobsen, an ex-marine, to track down their missing infant. But when Seth finds the baby in the hands of a privately hired nurse, Chelsea Andrews, he finds himself conflicted.

Seth couldn’t believe how perfect Chelsea was. A blue eyed, blonde haired beauty that refuses to back down. All she knows is she has been hired to look after a baby, and nobody (no matter how big!) is going to take it away from her. She is a challenge. He doesn’t understand how she could be so warm and affectionate one moment, and then so cold the next. Nevertheless he is determined to make this gorgeous girl his. But first, he must return the Coldwell’s baby – with a little help from Chelsea.

Chelsea had seen men like him in action films and on the covers of fitness magazines. Tall, muscular and unbearably handsome. But she also knew men like him were trouble. They’re only after one thing and Chelsea wasn’t about to give her virginity away to just anyone. But she can’t help the attraction she feels to him, and when they are forced to work together it will take all her energy to resist his advances..

Chelsea felt like vomiting, but managed a small nod and a smile for the hulking bodyguard. He gave her a quizzical look before he shrugged and let himself back out the nursery door.

Chelsea was in full-scale panic mode and hurried back to the balcony and staircase, hoping that Seth was still there and would know what to do. The urge to cry was almost overwhelming, but Chelsea pushed it aside, focusing instead on the task at hand.

Seeing Seth still keeping watch, she went down the stairs and made her way to his side, “You were right. I saw the picture on the TV. How could that man do something so horrible as to steal a baby?” Chelsea tried to calm her breathing, but wasn’t very successful at it. She was near to having a panic attack and couldn’t think past the next breath.

“Shush.” Seth pulled her into his chest, holding on when she stiffened and tried to back away, “Look, I don’t have all the facts, but I believe he was acting out of revenge for something that happened several years ago.”

Chelsea fought his hold for a brief moment, and then the security of his hold and her earlier attraction to him kicked in. Relaxing in his hold, she let her forehead drop against his chest for just a moment. She would take the comfort he offered for a minute and then she would figure out what to do.

Seth felt her relax and rubbed hand gently up and down her back. She had looked close to losing it when she had returned and he needed her calm and thinking straight for the next little bit. She could fall apart once he had retrieved the baby. Maybe once he had returned the child to her rightful parents, he could contact her and see if the attraction they were both feeling had anywhere to go.

“I don’t know what to do,” whispered Chelsea, more to herself than him.

“It’s okay. Right now, I need you to go get the baby and bring her to me. I’ll take her back to the hospital and the authorities can handle the rest of it.”

Chelsea shook her head, pushing herself away from his chest, “I can’t do that.”