The Prince’s Pregnant Challenge (The Royals of Monaco #2) 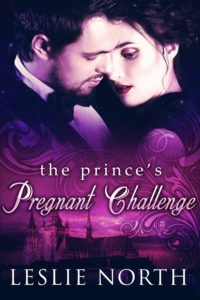 As the eldest daughter in the LeBlanc family, Liane has been betrothed to the crown prince of Monaco since a young age, but it’s another prince who alters the course of her future.

Liane LeBlanc thought she had her whole life planned out for her until tall, handsome and supremely annoying Jean-Pierre changes everything. Liane can’t stand the cocky, pretentious royal, so she can hardly understand why she harbors a secret attraction to him. After years of rebuffing the relentless flirt’s advances, one night of passion leaves Liane pregnant. With her reputation and her family’s future on the line, Liane has no choice but to leave home.

Prince Jean-Pierre has been after Liane for years. Something about her beauty, her fire, and her sharp tongue sets him aflame. But when he finally gets her into his bed, he never expected to get her pregnant. To do the right thing, he has Liane come to live with him. But while he finds her more attractive than ever, their personalities continue to clash living under one roof.

Can Liane and Jean-Pierre learn to love with an uncertain future and a baby on the way?

The Prince’s Pregnant Challenge is available on:

The Royals of Monaco series is now available as a boxed set  from Amazon, GooglePlay, iBooks, Kobo and Nook.