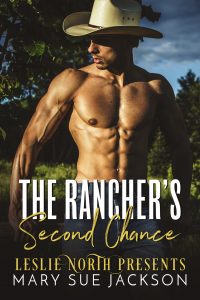 Samantha Jenson likes things ordered. She’s managed to carefully plot out her life, creating lists along the way to keep her on track: Leave small town. No more cowboys—especially him. Get educated. Don’t even think about him. Become a professor. So far, she’s put a check in every box but the last.

When her family ranch in Texas goes to her after the death of her father and brother, she’s forced to return home to put things in order and to make sure the property doesn’t get into the hands of her shady cousin. Enter Cole Baker. Tough, hard, distant. Sexy. The kind of guy you’d want standing between you and an attacking bear. Or in your bed. He’s definitely not on Sammie’s to-do list. But when the two of them are thrown together to save the ranch, her list begins to look not quite so important.

No one had ever mistaken Cole for one of the good guys. In and out of trouble his whole life, his one brush with respectability came during the brief time he and Sammie dated in high school. Now, fresh out of the army, he finds himself suddenly navigating the world of single parenthood and is desperate to give his son stability. He needs a job and a place to stay, so when Sammie offers him the role of running the ranch, he swallows his pride and agrees.

All his life he’s let down everyone he loved, so he’ll try to focus on the job, and definitely not think about how beautiful Sammie is, how goddamn cute all her lists are or how good she is with his son. It’ll only end in heartbreak, just like before… right?