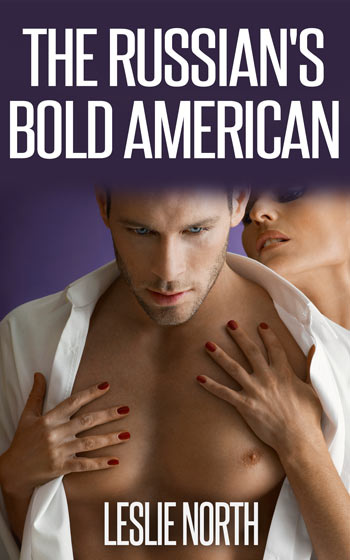 The Fedosov Family is in crisis. After expanding their mining operations to South Africa, a mob of protesters and reporters gather outside their main building. Alexey Fedosov is in control while his brother, Demitry, is away. He gives an exclusive interview to one reporter, an American called Desiree Bishop.

Desiree knew all about Alexey Fedosov. He was stunningly handsome, with jet black hair and grey eyes the color of thunderclouds. His shoulders were broad and his long legs magnified his already staggering height of 6’5″. He made all the tabloids and was considered the playboy of the Fedosov family. With a reputation like that, she told herself to stay well away from him.

Yet she can’t understand why she can’t keep her eyes off him. How can she be so attracted to him when they have just met? She hates the vulnerability she feels around him and fights her attraction.

From their first meeting Alexey felt his body immediately respond to Desiree. The petite blonde was the most beautiful woman he had ever seen. But despite her angelic looks, she was tough and shows from the very start that she is not intimidated by him. Alexey tries to convince himself she is just another girl, but soon finds himself confused by the fascination he has for the American.

The whole Fedosov Family are surprised that Alexey has an interest in a girl that goes beyond the weekend’s parties. And the more they both try to fight their attraction, the more intense their cravings become..

Alexey was still standing by her desk when the elevator pinged, indicating the car’s arrival. When the doors opened, Alexey took a step towards it and then stopped cold. The woman who hesitantly stepped from the elevator was angelic!

Her long blonde hair was pulled back on the sides of her head, giving him an unobstructed view of her high cheekbones, porcelain smooth skin, and dainty little ears with their pearls earrings shining back at him.

Her lashes were long and thick, and framed a pair of the greenest eyes he’d ever seen. Her lips were devoid of lipstick, their natural color enhancing her beauty. She was small, maybe 5’3″, and rather than wearing 3″-4″ heels like other women, she wore simple flats in some sort of brown leather.

She was wearing jeans that molded perfectly to her lush hips and a light brown pullover shirt that just barely skirted the waist of her jeans, giving a brief glimpse of pale skin beneath it.

Alexey let his eyes rake her body, up and down before coming back to rest on her face. He was surprised to see that she was giving him the same appraisal, no hint of apology evident on her face as her eyes stopped just below his waist for several long seconds, before rising again to meet his own. She raised an eyebrow at him, as if daring him to call her out on her blatant perusal.

Alexey felt his body immediately respond to her frank stare, and let his eyes repeat their slow glide over her body, taking more time as his mouth watered at the sight of her lush breasts straining against the fabric of her shirt. They would more than fill his hands!

“Are you through?” came her soft voice, a southern drawl making the words seem much longer than they really were.

“You’re from the south?” Alexey questioned, not having given Sergei’s comment about her accent much thought until just this moment.

“Yes. Georgia. You speak English very well, which is really good since I don’t speak any Russian.” She gave a small laugh as if finding that situation comical.

Alexey smiled, the sound of her voice flowing over him and making his body stand up and take notice. Her southern drawl seemed to fit her personality to a tee, and he found the entire package of her enticing.

“I’m supposed to be interviewing the head of the company. Dmitry Fedosov. Do you know where I could find him?” she asked, once again letting her eyes tell him she liked what she saw.

“Dmitry’s not here.” Alexey watched her eyes widen and then her smile faded.

“Why did they send me up here then? I was told that I would be given an interview with the head of the company.” She sounded disappointed and a little put out.

“What if I told you that I was the acting head of the company?” Alexey queried.

He watched her eyes widen and then her smile made another appearance as she cocked her head to the side and gave him another appraisal. “You’re either Alexey or Misha.” She chewed on her bottom lip as she decided, “You have to be Alexey. All of the pictures I found of Misha on the internet showed him wearing military garb.”

Alexey laughed, “You’ve done your homework. And, yes, I am Alexey Fedosov. At your service.” He performed a slight bow and then smiled at her, “Come. My office is this way.”

“…said the spider to the fly,” she murmured beneath her breath. Desiree was trying not to let the gorgeous man she was following intimidate her with his good looks, and obvious charm. She wasn’t sure she was succeeding.

Alexey Fedosov was the playboy of the trio; making headlines in all of the tabloids on a regular basis for his antics and partying ways. He had black hair and eyes that were the grey in color and reminded her of thunderclouds.

His shoulders were broad and his legs long, magnifying his already staggering height of 6’5″. She followed behind him, the hint of a tattoo just visible beneath the collar of his shirt. I wonder what kind of tattoo a man like that gets?

She let her eyes traverse the back of him, and found it just as alluring as his front. The man was a walking sex advertisement and she so wanted to partake!

Since stepping off the elevator and looking at the finest example of maleness she had seen in a long time, her heart was racing, her breathing was erratic, and she could feel herself flushing with the beginnings of arousal like she had never known.