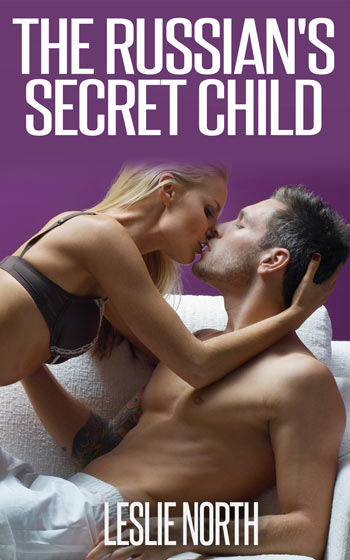 Misha Fedosov was interviewing Russian tutors for Julia and Desiree, when the woman who stole his heart 18 months ago walked through the door.

Even after so long apart Jasmine still had to bite down on her libido around Misha. He had the classic deep grey Fedosov eyes, a trim muscular physique built from his years in the Russian special services and an intoxicating scent. Jasmine had to remind herself of her promise to never be with him again.

Misha’s body immediately sprang to life as he recalled the nights of passion they’d shared together. He’d never met anyone like Jasmine: long legs and curves in all the right places – even her voice stirred him up. She had a fire and inner-strength that willingly challenged Misha. Yet, she appeared more fragile than before. Definitely thinner. Where had she been for the last 18 months? She’d been the only woman to walk away from him and now he wanted to know why.

She stole his heart and now he wants it back – along with his son.

Jasmine saw the black car pull in front of her and stop. She slowed slightly, preparing to avoid the car and its occupants when she saw Misha step from the back of the car. She came to a halt, leaning over with her hands on her knees as she attempted to get her breath regulated.

Misha took a step closer to her, “Jasmine, you are in a hurry, are you not?” When she nodded, he continued, “Then I would assume you would rather argue with me while Sergei drives us to the hospital, rather than stand along the side of the road and fight it out.”

“Misha…” Jasmine knew she was beat and frankly, she was past her breaking point. There was no way she could finish the run to the hospital. Her body was completely spent. Nodding, she joined him, crawling into the backseat while he held the door for her.

She leaned her head back against the seat, closed her eyes, and tried to stem the tears that threatened to fall once more.

Misha got back into the car and Sergei pulled back into traffic. “Which hospital?”

Jasmine murmured the name of the hospital, cringing when Misha cursed softly next to her. “That’s more than fifteen miles away from the office. What were you thinking?”

Jasmine opened her eyes and took her frustrations out on him, “I was thinking that I needed to get to the hospital, and walking would take too long. Running is much faster in case you hadn’t heard.”

Misha looked at her for a moment and then burst out laughing, delighted in the reappearance of the fire that had once again circumvented her ability to control her mouth. “There it is.”

“There what is?” she asked sarcastically.

“The fire. I wondered where it had gone to. I’m glad it’s back. Now, please explain to me what is going on.”

Jasmine looked at him, the fire he was so happy to see dying a quick death. She delayed answering him until she saw the light of battle enter his eyes and knew that he would have his answer. “I need to see someone at the hospital. It’s urgent.”

Jasmine couldn’t tell him the truth. Your son! Oh, I guess I forgot to mention that little fact when we met the other day. Jasmine shook her head, “Dasha…”

“Dasha is your neighbor, yes?”

“Yes.” He’s been checking up on me! What else does he already know?

“Not exactly.” She was saved from having to explain further as Sergei announced their arrival at the hospital.

Jasmine didn’t wait for Misha or Sergei to open her door; she opened it herself and bolted inside. She quickly asked the charge nurse where Dasha was, and was rewarded with a smile and an explanation that the pediatrician was meeting with her now in his office at the end of the hall.

Jasmine didn’t see Misha following her, nor did she care. She almost ran down the hall, looking for the correct room number, sagging in relief when she found it and saw her son sitting quietly on Dasha’s lap as he was being examined.

“Mikhail!” Jasmine entered the room, taking her son from Dasha and hugging him close. “I’m so sorry baby. I’m so sorry,” she cried as tears once again leaked from her eyes.

Dasha focused her attention on the large man who had followed Jasmine into the room. She looked at his facial features and knew right away that he was Mikhail’s father. Jasmine had said the father was out of the picture, but she was almost sure he was now standing in front of her with a very confused look upon his face. And if she wasn’t mistaken, he was a Fedosov!

When Jasmine continued to hold the child, answering the pediatrician’s questions, and Dasha just continued to watch him, he knew that his initial assumption of the boy being the nurse’s was wrong.

Jasmine turned, shielding her son from his gaze, “Misha?” She tried to hand Mikhail back to Dasha, but her son was having none of that. He clung to her, whimpering when she tried to force the issue. Giving up, she nestled him back in her arms, ignored Dasha’s pointed look, and faced Misha full on. “You didn’t have to come in. Everything’s fine, as you can see.”

“I can see, but from where I’m standing, everything is certainly not fine. Doctor, are you through with your examination?”

The physician looked at the adults in the room and then nodded, “Yes. The infection caused his eardrum to burst; however, it has already started to heal itself. I will give you some eardrops and some liquid pain relievers and in a few days’ time, he should be good as new. Dasha, come with me and I’ll get the medications for you.”

“Dasha?” Jasmine inquired, both to ask about the paperwork and a plea to not leave her alone.

Dasha whispered in her ear, “Don’t worry. Dr. Pokrovsky took a look at him as a favor to me. No one will know Mikhail was even here. He’s gorgeous by the way,” she added, nodding her head towards Misha.

Jasmine said nothing, just grateful that her son was safe once again. Or was he? She looked up at Misha as Dasha and the doctor left, wondering what was going through his mind.

Misha approached her, his attention focused on the baby boy in her arms, “How old is he?”

Jasmine swallowed, “A little over ten months.” She knew Misha would put two and two together, but she was tired of the daily struggle. She sagged onto the waiting exam table, cuddling Mikhail closer to her as he dropped his head onto her shoulder and fell asleep.

Misha looked at the features of the baby and could have been looking at his own baby pictures. There was no doubt in his mind that Mikhail was his. The only question that remained was why Jasmine had not sought him out sooner. “So this is why you applied for the job?”

Jasmine looked up at him sharply, “No. I never intended for you to know Mikhail existed.” She mentally kicked herself when she saw the anger light his eyes. Wrong thing to say!