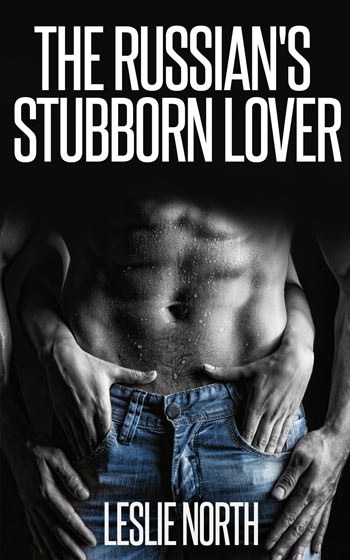 The Fedosov Family was all business until Julia Thompson came along.

After meeting in a nightclub in America and sharing a passionate kiss, Julia was the last person Demitry Fedosov expected to see in his boardroom back in Russia – especially after she turned down his advances.

Julia never been one to let others push her around. She didn’t need the complication of a relationship with Demitry, now or in the future. After being sent to Russia on an exchange trip, she was his employee and he was her boss. End of story. Yet she can’t stop thinking about his deep gray eyes and the way his 6’6″ figure dwarfs her. She feels such an attraction to him, but she knows she must fight it.

Demitry is business orientated, reserved, always following in his father’s footsteps and way too serious most of the time. He was not used to having women in his business world unless they were secretaries. Julia has made it clear she doesn’t want a relationship with Demitry but he can’t hold back the feelings he gets when she is around. She was so different to Russian women, and winning her over is turning out to be more challenging than any business deal.

The American woman pushed all his buttons, and when his brother, Alexey, starts to flirt with her Demitry feels an overwhelming urge to stake his claim.

Dmitry escorted her from the crowded room, breathing a sigh of relief once they were outside in the cool night air and quiet. He placed his hand at the lowest part of her spine and felt the shiver that snaked up her vertebrae and the goose bumps that came out on her arms.

Julia had never reacted so strongly to a man in her life. She’d dated plenty of guys, but this one was something special. Too bad he was only in town on business! Making a quick decision, she decided that since he wasn’t going to be around long-term, there was no reason she couldn’t indulge in a little making out before heading home for the night.

She was too conservative to jump into bed with someone she just met, but making out with them, trading kisses and touches was just fine.  She sensed him watching her as they stood on the sidewalk and glanced up at him, stepping in his chest as she wrapped her arms around his neck.

Dmitry was taken aback at how forthright she was being, normally women waited until he made the first move and then they jumped in. Julia wrapped her arms around his neck like a practiced courtesan and when she pulled his head down for a kiss, he was unable to resist.

The kiss was explosive and went on until neither of them could breathe. Breaking apart, Dmitry took her hand and pulled her around the side of the building. He wasn’t sure where this was heading, but he knew that standing on the sidewalk for all to see was not where he wanted to be.

He pushed her up against the brick building and then let his lips drift from her mouth to her ear and down her neck. “You smell so sweet,” he told her, using his hands to hold her hips still, lest she unknowingly unman him. She was moving around so much, his manhood was in danger of coming into forceful contact with her hipbones.

“You’re a really good kisser,” she murmured, using her fingertips to play with the hair at the back of his neck.

Dmitry let one of his hands wander up the side of her ribcage, stopping just below her breasts and rubbing his thumb back and forth beneath one several times. When he heard her moan and she arched into his touch, he brought his thumb up and over her distended nipple, loving the way she had already hardened for his touch. She was so responsive!

Julia felt his touch and realized that things were quickly spiraling out of control. She leaned her head back against the building and struggled to catch her breath. When Dmitry tried to take possession of her mouth once again, she evaded him, whispering, “We have to stop.”

Julia became more insistent, pushing with both hands upon his chest to put some space between them, “I have to stop. I shouldn’t have let things get so out of control.”

They were both gasping for breath and Dmitry was confused as to why she had allowed him to get so worked up if she wasn’t going to follow through. “So what was this?” he asked, gesturing between them with a hand.

Dmitry attempted to move back in, stopped when she pushed against his chest again, “There’s no reason we can’t continue this at my hotel. Let me call my driver. We can be there inside of ten minutes.”

Julia shook her head, pushing herself away from the building and out of his arms, straightening her clothes as she went, “I can’t.”

Dmitry felt his anger begin to build and then he remembered a conversation he’d had with several of his college mates’ years earlier, “You are one of those women who get off and teasing a man, no?”

Julia looked at him aghast and angry, “No! I’m not a tease! I simply don’t jump into bed with every Tom, Dick and Harry who decides to pay me some attention.”

“You seemed willing enough a few minutes ago when I was palming your breast.” Dmitry was not used to being turned down, and knew some of his anger was fueled by the lust still raging through his body.

“Whatever. Look, it was nice meeting you, but I need to go.” Julia turned on her heel and headed back into the nightclub.

Dmitry watched her walk away and then cursed loud enough that several passersby gave him a wary glance and wider berth. Taking a deep breath, he pulled his cell phone from his pocket, summoning first his driver and then letting his brother and cousin know he was returning to the hotel. He didn’t need this aggravation. He had several major investment deals in the works, and the mining company was expanding into the far northern regions of Russia within the next three months.

His father had been taking care of most of the details while he met with the Americans, but now it was time to head back to the Russia and get back to work.