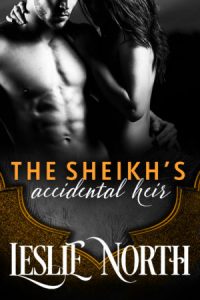 Sheikh Ahmed Al-Qasimi is used to playing by his own rules, but when his father decides that his lifestyle of excess is becoming a threat to his future, he has to work fast to clean up his image, or face the consequences. Ahmed is resigned to an arranged marriage to a woman with whom he feels no romantic spark, until another ghost from his past comes back to haunt him: his American ex-lover.
Melanie is working to prove her catering business is a world class operation, so when she is offered the opportunity to provide the food at Ahmed’s wedding, she can’t say no—even though they once shared a night of passion. When a stranger offers her $100,000 to stall the wedding, it’s hard to refuse, especially when the connection between them is reigniting with a vengeance. Letting go of the past isn’t so easy, though, when Melanie reveals a secret of her own.
Now, Ahmed will have to choose between being with the woman he’s falling for and saving his fiancée from a loveless marriage to another man. With his entire future at stake, can Ahmed find happiness for himself and the women in his life?

The Sheikh’s Accidental Heir is available from: