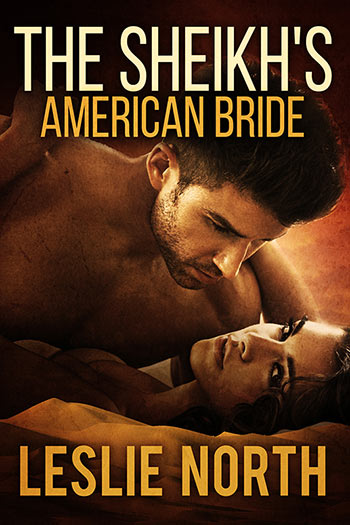 This is part 2 of ‘The Sharqi Sheikhs Series’, a follow-on series from the bestselling Tazeem Twins series.

Librarian Claire Anderson will do anything to be transferred to a new University. After her professor boyfriend humiliated her by sleeping with a student, she’s ready to leave Harvard behind for good. However, when the Dean won’t give her a referral unless she does him a favor, she has no choice but to accept. Now she has to spend the next month playing tour guide to Taleb Sharqi, a sinfully gorgeous Sheikh who practically has his own female fan club.

Taleb came to the US to study, but he has a secret, and far more personal, motive. He wants to find an American bride before his 25th birthday. But only a certain type of woman will do: she must be tall, blond, thin and wealthy—everything his new tour guide is not. With her dark hair, strong mind and love for ice cream, Claire is nothing like the woman he’s looking for. But then why is she suddenly catching his eye?

A spark ignites between them, but Claire’s past humiliations resurface as Taleb struggles to learn that you can’t control who you love.