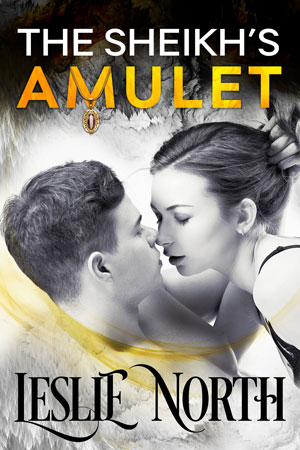 Sometimes, love is stolen…
The eldest of three brothers, Sheikh Jaymin Khalidizack is mere months away from wining the wedding bet—after all, he’s far too serious to get swept up in romance. The stubborn, arrogant, and simmeringly sexy Sheikh has far more important issues on his mind. But he’ll have to reconsider his position when a beautiful party guest’s priceless amulet is stolen on his watch.
Tamrin Lewis is everything Jaymin is not—fun-loving, carefree, and full of life. She’s also the daughter of a con artist on the run for his life. She thought Jaymin would be an easy mark for the two million dollars her father needs to get a ruthless, and familiar, creditor off his trail. When the sheikh takes her out dancing to apologize for her necklace being “stolen,” though, she has trouble sticking to the plan.
Jaymin knows this woman is not who she appears to be, but he doesn’t know the half of it. Can he put aside his suspicions for the sake of their growing love?
Get serious Sheikh Jaymin and spunky Tamrin Lewis’ love story today!

Exclusive Excerpt From The Sheikh’s Amulet