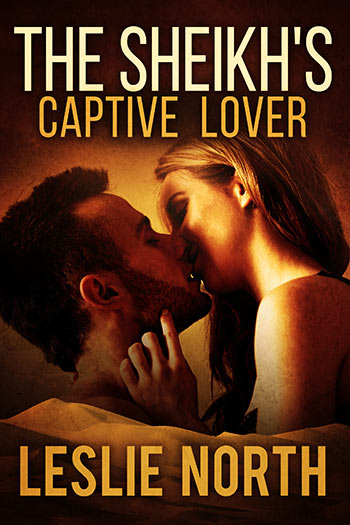 Sheikh Amare Sharqi is about to close a deal with a business rival that will save the family oil company, when he learns of a new demand. If he’s not able to acquire a famous portrait, the deal is off. With the female subject’s captivating beauty and enticing blue eyes, Amare can see the appeal. He’s prepared to offer whatever it takes, but when he meets with the artwork’s owner, he’s surprised to see that it’s the same woman in the painting…and she wastes no time telling him it is not for sale.
It wasn’t easy growing up with a starving artist for a father, and now that he’s gone, Bree Van Ludhis has been saddled with his debts. As the heir to his works, Bree’s under pressure from her stepmother to sell so she can get half the money, but Bree would rather destroy every last painting than let that happen. So when ridiculously wealthy Sheikh Amare offers her a fortune for her father’s portrait, not even his steely determination and blatant appeal will make her change her mind.
Out of options and out of time, Amare is suddenly faced with the most difficult choice of his life…destroy his family’s business or betray Bree to get what he wants?
This book is set 8 years after the last Sharqi Sheikhs Series book, with Amare all grown up and plunged into a crisis that could rock the Sharqi family to it’s core…

Amare Sharqi paced the length of his palace sitting room, his irritation growing with each step. The man he waited for was late. He paused before a large painting encased in an elaborate golden frame sitting on an easel in front of the ornate marble hearth. This was the reason he was here, the object he intended to acquire.
The portrait of the gorgeous young woman had him captivated.
He guessed her age to be somewhere in her late teens, the artist managing to capture both her blooming maturity, and her innocence. Her auburn hair flowed behind her as if caught by the wind, and her flawless complexion glowed like the finest alabaster. Her emerald colored shift dress highlighted the green flecks in her mesmerizing blue eyes, and she sat in a meadow of wildflowers, majestic mountains rising behind her. In the far distance, a crystal clear lake reflected the clouds and sun above.
Every detail made the painting more superb.
Still, despite the fine artistry and his fascination with the lovely subject matter of the work Amare’s true interest had more to do with business than any personal appreciation for the piece.
To that end, he’d arranged to fly the artist, Patrick Van Ludhis, to Al-Sarid—his family’s sheikdom—by private jet, with the intent of wooing him into selling him the exquisite painting. Most western visitors marveled at the sheer opulence of his family residence, the Sharqi palace, and were quite easily swayed when presented with such luxury. He expected Mr. Van Ludhis to be no exception.  Except he’d never actually reached the artist directly. Instead, all he’d received had been a decidedly terse response from the man’s assistant. A response that was as foreign as it was unacceptable.
No.
No, Mr. Van Ludhis would not be traveling to Al-Sarid. No, he would not be staying at the Sharqi palace. And most abhorrent of all, no, the painting was not for sale.
He was the esteemed youngest son of the richest oil family in Al-Sarid. In his world, one simply did not tell a member of the Sharqi family no.
A knock sounded and he stopped pacing. Finally, he would have his chance to speak with this impertinent assistant of Mr. Van Ludhis and set the man straight on his misconceptions. Despite the fact his family was currently on a mission to improve their public image worldwide, this did not mean he would stand for flagrant disrespect.
Amare cleared his throat and forced his frayed patience to rally before calling in impeccable English. “Enter.”
The door opened to reveal the exact opposite of what he’d expected. A petite woman who appeared to be in her mid-twenties, dressed in jeans and a light pink t-shirt. He continued to stare as she moved closer, stunned for once in his life into speechlessness. This was not just any woman.
This was the woman from the painting.