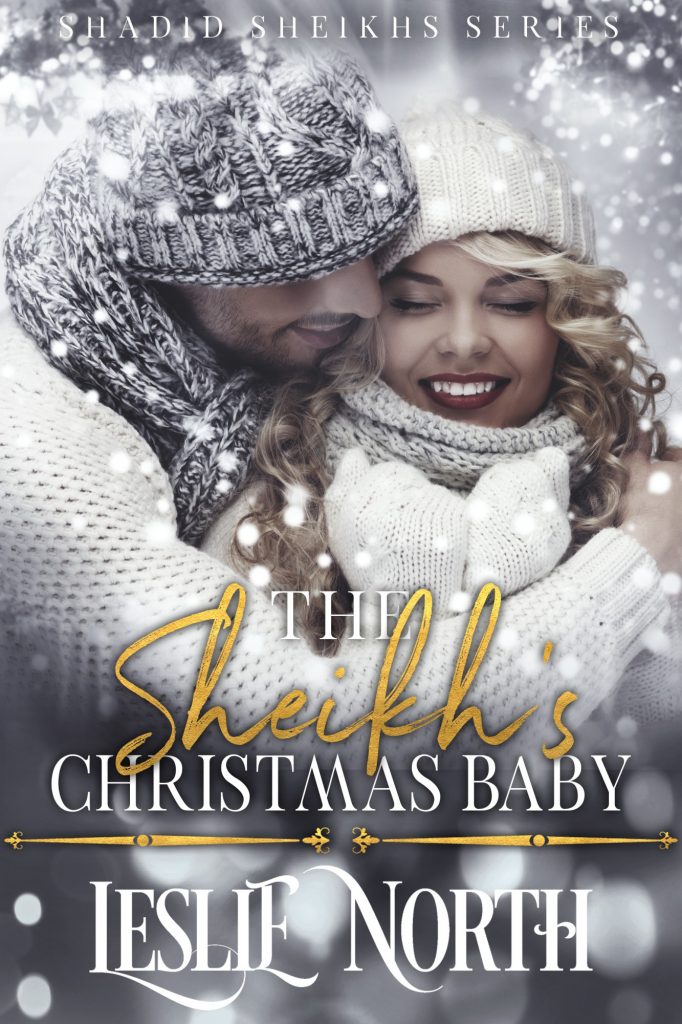 Their passionate affair ended in heartbreak when he left without warning. When he returns unexpectedly, can their heat melt away the hurt of the past?

Kashif Shadid has always craved adventure. With one last chance to win the Iditarod dog sled race before assuming his role as Sheikh, he’s returned to the Alaskan wilderness to train at a legendary sled dog farm. But returning means coming face to face with Kristy Cohen, the woman who captured his attention years ago. He’s thrilled once again by her icy beauty, but her farm is facing financial ruin. Kashif’s eager to take control, however, getting her to agree with his plans may be a challenge.

Kristy Cohen works hard to keep her sled dog farm afloat while raising her young daughter. Faced with declining revenues and a changing climate, Kristy’s struggling, but she’s not willing to turn her back on her business model. When Kashif Shadid shows up out of the blue pushing her to make changes, Kristy’s response is as cold as the Alaskan snow. She fell for tall, handsome Kashif once before. After four years without a word from him, she won’t be making that mistake again.

This time, Kristy’s guarding more than just her heart. With her farm and her daughter to consider, can she ever risk taking a chance on Kashif again?

Relax into a good book this Christmas. Get Kashif and Kristy on your e-reader today 🙂

The day was bitter cold, but that was nothing new. Alaskan winters were harsh, and despite the heavy bulk of her jacket, Kristy could feel the air biting at her exposed skin. It wasn’t easy living here, but she wouldn’t change it for anything.

While life wasn’t always ideal, it was certainly idyllic. The sun sparkled on the fresh coat of snow, and the spruce trees covered in the white powder looked like a post card for a winter wonderland. When the snow melted, the farm was no less gorgeous. It was her peace and solitude.

Kristy leaned against the fence and watched the gorgeous man make another turn around the post. The way he handled the sled dogs with ease was impressive, especially since she’d never seen him at the farm before. He shifted his body on the sled like a professional, and he commanded the dogs like he’d been doing it all his life.
He’d only been here for three days, and already the dogs responded to him. She liked to think that it had something to do with her training, but the dogs have no problem letting her know when they didn’t like someone. They didn’t just love him. They seemed to enjoy working with him.

Gorgeous, rich, and persuasive. A triple threat. The selection of men in her small town wasn’t much to talk about, but Kristy didn’t want to be the kind of woman who attached herself to the first good-looking out of towner. She knew that word would soon spread of the Sheikh’s visit, and the eligible women would be lining up to get a good look at him. He’d find it easy enough to warm his bed at night without her.
He slowed the sled to a stop and hopped off. As he shouldered his pack, she immediately started unhooking the dogs. “Cool off,” she commanded. The huskies were well trained and immediately headed to the corral behind her. She shut the fence and watched as they lapped up the fresh water and raced around playing with each other. She’d learned long ago that it was impossible to force the dogs to rest after a few laps on the track.

“They listen to you,” the man commented as he watched her intently. She knew who he was. Her father had made her promise that she would take extra good care of Prince Kashif Shadid. He was the next in line to be Crowned Sheikh of Al-Harmid, but she knew nothing else about him. Mistywood Farm was famous for their racing dogs, so they received plenty of well-known racers visiting the Alaskan wilderness to train with their dogs, but this was the first time they’d ever had a prince.

“They should. I train them,” she replied, her tone short. She wasn’t trying to be rude to him, but the truth was that she didn’t know how to act around him. He was easily the most beautiful man she’d ever laid eyes on, but since she lived in the middle of nowhere, that wasn’t saying much. He no doubt had women falling all over him, but she was twenty-one and hardly the giggling school girl.
So why did he make her heart pitter-patter uncontrollably?

“You’re Kristy Cohen, right? Wyatt’s daughter?”
Straightening and trying to seem confident, she finally faced him. “That’s me. Dad went home earlier, but I’ll get you settled back in your lodgings if you like.”

“What I’d like is some food. I’m starving. I heard there was a small diner not far from here, and I’d love some company.”
Company? Did that mean date? Glancing down, she realized that she must look like a marshmallow in her white jacket. Obviously, he wasn’t asking her on a date. He was clearly just hungry.

“I need to get the dogs settled,” she said hesitantly. “That might take me awhile.”

“I need to take a shower, so that’s perfect. I’ll meet you downstairs in half an hour?”
Oops. Shower. Considering that she’d been mucking out the horses’ stalls that morning, she probably smelled awful. There was no way she’d be able to shower and put the dogs up before then.

“Sure,” she muttered. If he wanted to go out with a woman that smelled like a farm, that wasn’t her problem. In fact, it would probably be easier. He’d take one whiff of her and come up with some excuse to stay in.
Except that wasn’t what happened. Dressing in her nicest pair of black jeans and a green sweater, Kristy pulled her reddish-blonde curls back in a ponytail. She wasn’t in the habit of wearing make-up or getting all dolled up and she certainly wasn’t going to start now.
Taking a deep breath, she stared at herself in the mirror and wiped her hands on her jeans. She’d been on dates before, but she’d never felt like this. Kristy actually had butterflies in her stomach.

“You are a grown woman,” she muttered as she frowned. “You’re acting ridiculous.”
After a moment of consideration, she bit off an oath and reached in her drawer to pull out a tube of lip-gloss. Feeling almost ridiculous, she puckered her lips and applied the shimmer. Shaking her head, she reached for a tissue to wipe it off. Feeling a little better, she turned back to stare at her reflection again.

Damn it. Tapping her finger on the sink, she growled and reapplied the lip-gloss before throwing it back in the drawer. Before she changed her mind again, she almost ran from the room. Part of her knew that the evening was a bad idea. She wasn’t the type of person to attract a rich Sheikh, let alone a Prince. She was a nervous wreck.

Kashif, on the other hand, looked like he’d stepped out of a modeling magazine. His dark hair swept down to the nape of his neck, and he wore dark slacks and a button-down shirt that fit him well. He’d slung on a leather jacket but hadn’t zipped it up, and he looked confident and suave.
God, did he look smug? Did he know how nervous she was?

“Ready?” he asked, as she pulled on her parka.

Her eyes swept over his expensive outfit, and she cleared her throat and tried to smile at him. Did he not realize that they were going to a diner? The most expensive thing on the menu was the five-dollar bottle of wine that Gloria tried to pretend actually cost twenty bucks.

Hot or tepid? How do you think Maria and Jarik dinner turns out? Find out your e-reader today! 🙂