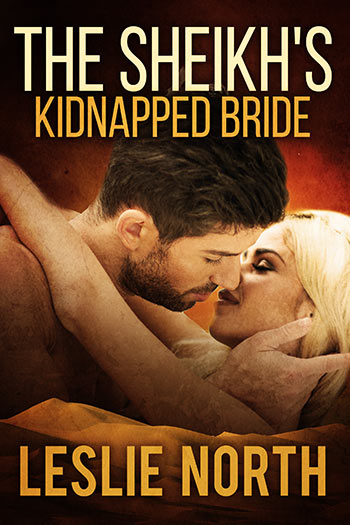 Hardworking waitress Carolyn Michaels doesn’t even have time to sleep, so of course she stood up the charity auction date she agreed to. But her date has other ideas, and she soon wakes up halfway around the world in Sheikh Mahil Sharqi’s luxurious palace. With some very scary men expecting her back home, Carolyn needs to figure out a way out of this. But Mahil’s brooding good looks and overprotective nature make it clear that won’t be easy.

When Mahil tracked down the stubborn blonde beauty that stood him up, it was obvious she was in some kind of trouble. She won’t open up to him about her problems, but that won’t stop him from keeping her safe. He failed a girl once before, and he refuses to let history repeat itself.

Their attraction becomes undeniable, but Carolyn learned early on not to rely on others, and Mahil has never forgiven himself for the past. Can these two unlikely lovers ever move on and allow themselves to take a second chance?

Download Carolyn and Mahil’s story from your favorite retailer now and start reading it in seconds:

Download Carolyn and Mahil’s story from your favorite retailer now and start reading it in seconds: