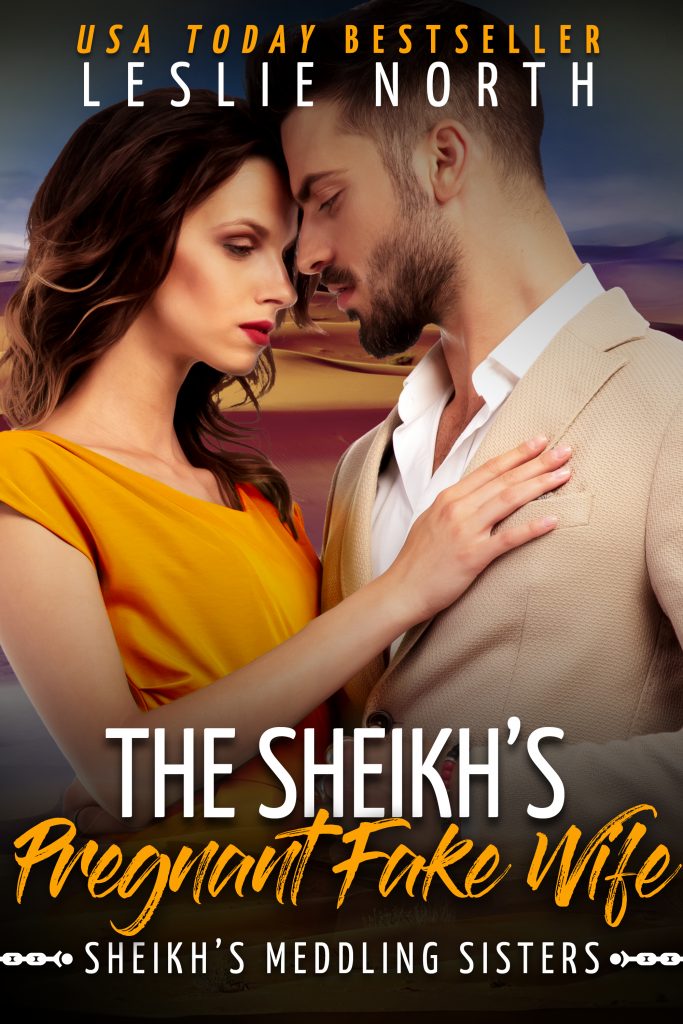 Isabella Germain is stuck between a rock and a hard place. She’d agreed to act as her identical twin sister’s surrogate for an IVF procedure because she needed the money to save their sick mother. No one was ever supposed to know, least of all her sister’s husband—Sheikh Feraz bin Haik al Nazrani.

But when her twin, Roxanne, is killed in a car accident while jet-setting with some playboy in Europe, Isabella must choose whether to stay silent about her true identity, making her pretend marriage to Feraz real in every sense of the word, or risk losing her baby through a swift rejection and the vicious custody battle that’s sure to follow.

When Feraz sees his unborn child on ultrasound for the first time, he’s smitten, even if his relationship with his estranged wife is less than ideal. Still, she’s grieving the loss of her beloved twin Isabella, so he gives her the benefit of the doubt. But now Roxanne must return home with him to his country of Djeva and raise their children together as a true family.

As Feraz and his wife spend more time together he realizes that she’s a different woman from the person he married—warm, kind, generous to a fault. He’s falling in love all over again, until an earth-shattering realization threatens to destroy it all.

Also available as a boxset from Amazon and non-Amazon retailers!