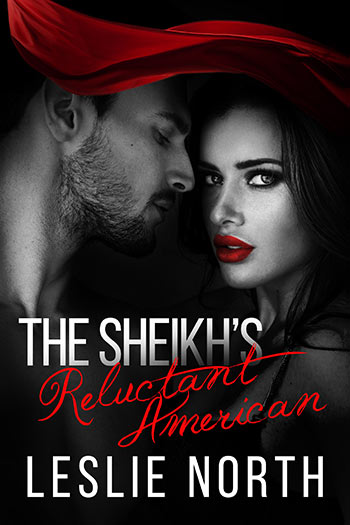 Banished Sheikh Malid Adjalane has no interest in returning to the family business under the watchful eye of his controlling father. But if Malid doesn’t agree to take on a tough deal, he won’t be allowed into the palace to see his dying mother. With no other choice, Malid finds himself deep in negotiations with the largest oil producer in the world. He expected hard work, but he never could have prepared himself for the gorgeous, ambitious woman on the other end of this business deal.
Nigella Michaels works hard for her father’s oil company, but she still has a lot to prove. It’s a masculine industry, and with her dad about to retire, this deal could be just what she needs to show him once and for all that she’s the right person to continue his legacy. She’s always worked well with others, and this should be no exception. But not even her meticulous research could have prepared Nigella for the instant attraction she has with Malid.
After so many years on his own, it won’t be easy for Malid to put up with his father’s terms. But with Nigella’s help, perhaps they’ll both learn to balance the weight of their family with their own desires.
Get Malid and Nigella’s story today, available on ALL major stores:

Topping a sand dune, Malid slowed the vehicle. Below, on rocky ground at the edge of the dunes, two off-road vehicles with thick tires—much like on Malid’s SUV—were parked on a narrow track. Malid could see three people—two with survey equipment.
“Opell Oil?” Fadin asked. He didn’t sound pleased. “They seem to think they own this land already.”
Putting the SUV in gear, Malid drove down the dune and parked near the other vehicles. At least these people knew enough to bring in desert equipment. Glancing at Fadin, Malid told him, “See what you can learn from the surveyors—I’m looking for any leverage in this deal. I must meet with the woman in charge.”
“Woman?” Fadin paused, one hand on the door. “Gordon Michaels sent a woman to negotiate?”
“Not just a woman. Gordon Michaels may own Opell Oil, but the woman in question is Nigella Michaels…his daughter. I expect we are both being tested by our parents.”
Fadin muttered a curse, and Malid had to agree with it. Family businesses ought to be more business and less family—or that was how Malid felt at times.
Getting out of the air conditioned SUV, Malid shaded his eyes. The sun and heat hit him at once—a welcome to his home. He had grown up in these deserts—he loved the heat. But he also knew the dangers. He grabbed a cap to better shield his eyes and adjusted his sunglasses.
Nigella Michaels stood out at once. She held a map in her hands and stood with her back to him. She had to have heard the SUV’s engine, but she wasn’t paying any attention to it—that showed a certain confidence, or perhaps a certain recklessness. Bandits weren’t unknown in the desert.
Jeans encased long legs, and his first thought was she was like a gazelle—lean and graceful. Her head was uncovered—not wise in the desert, but it gave him a view of deep brown, almost black, waves. She turned and pulled down her sunglasses, giving him a glimpse of eyes the color of amethysts. Her complexion was perfect, and the white shirt she wore offered up a hint of the cleavage that lay underneath.
Nigella was a beautiful woman, and a surge of interest swept through him. He frowned. An attraction was not a complication he wanted—not when it came to business.
I’ve been without a woman for too long.
Well, nothing to be done about that just now. He strode to her side and held out his hand. “Nigella Michaels?”
She kept staring at him over the top of her sunglasses and she was frowning. “You must be an Adjalane. I don’t know who else would have that hawk nose or be able to track me down out here. So which one are you? The one who just got married, the Olympian, or the banished son?”

Get Malid and Nigella’s story today, available on ALL major stores: