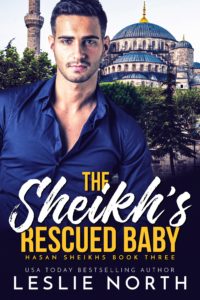 Aisha Shadari will do anything to assure her beloved kingdom, Kendah, is well run—even if that means marrying someone she doesn’t love. If she doesn’t marry within a year of her father’s death, the task of ruling the country will fall to her incompetent cousin. With time running out, Aisha needs someone who will let her be in charge, someone she can easily manage. Prince Nadim Hasan, the third son from the prosperous kingdom of Raihan, is her last hope, though he’s far from perfect. The man doesn’t seem to have a serious bone in his delicious body. But as they spend a week getting to know one another, she realizes there’s more to Nadim than she initially thought. And he just might be the husband she’s looking for…

Nadim knows it’s time for him to grow up and do…something. But get married? That wasn’t on his radar. Spending a week with Aisha was really just a way to appease his parents, to show that he’s more than just an irresponsible playboy. In reality, though, that’s exactly what Nadim has been, and he’s not entirely sure he wants a change as drastic as marriage. But neither one of them can deny their perfect chemistry. The addition of an orphan baby to their tour of the country changes everything, and they start to feel like…family. When Aisha makes her case, offering him a loveless marriage just so she can save her country, he can’t agree. For him, it’s all or nothing. If they can’t get on the same page, they both risk losing everything.

The Sheikh’s Rescued Baby is available from