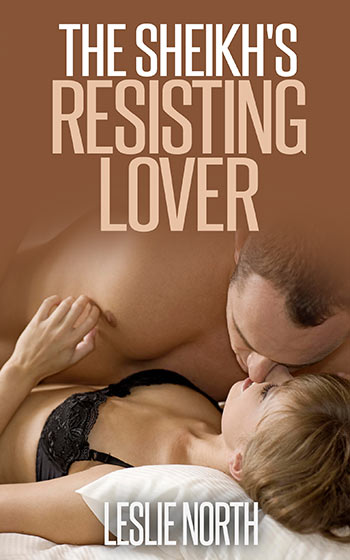 For Tanya May, her trip to Saudi Arabia is supposed to be the perfect getaway from work, stress, and most importantly, men.

She can’t wait to relax and see the sights, but with best friend Rene unavailable, there’s only one person left to show her a good time: unrepentant player James Tazeem. From the moment they meet, she’s tempted by every inch of his towering height. But even with his dark eyes and full lips awakening something she’s long ignored, there’s no way Tanya is falling for his charms. She came halfway around the world to make time for herself, and she means to keep it that way.

Sheikh James Tazeem’s first and only foray into love ended in betrayal, and he’s never made that mistake again. Since then, he’s enjoyed every moment of his playboy reputation. And yet, despite the stream of beautiful women he’s welcomed into his palace bed, he’s never been with an American. Now that he has sexy, feisty, innocent Tanya staying under his roof, he’s determined that she’ll be his first. She may be a challenge, but James has made an art form of getting what he wants. And all he wants is Tanya.

With undeniable chemistry sizzling between them, Tanya will have to fight harder than ever to resist falling for the handsome Sheikh who can offer nothing more than a fling..
Approximate length: 27,000 words (a novella)

Harry you can get a copy of the book at any of the major retailers:

Harry you can get a copy of the book at any of the major retailers: