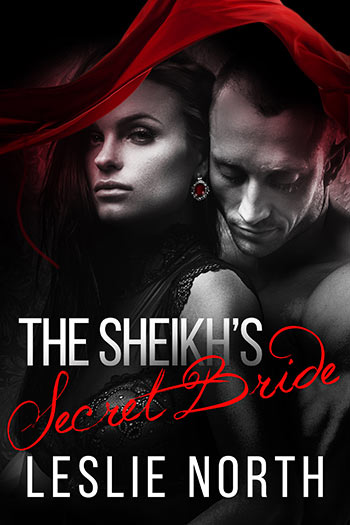 Work always comes first for Sheikh Nassir Adjalane. From an early age, he learned business was infinitely more important than having a personal life. But with pressure from an opponent on his board, Nassir suddenly has only one month to marry, or risk being voted out of his company. With everything he’s worked toward on the line, Nassir desperately needs a bride…and only one woman will do.
Wedding planner Janna Davis never imagined she’d be summoned to the Middle East to plan Sheikh Nassir’s nuptials. But the outrageous sum he’s offered will finally give her what she needs to stand on her own two feet.  As the planning gets underway, Janna is put off by Nassir’s businesslike manner, but she can’t deny his appeal. No matter what she’s feeling though, Janna has a job to do.

Janna values her independence and refuses to fall for a soon-to-be married man, but what will happen when she learns that she is Nassir’s intended bride?

Al-Sarid, Boardroom of Adjalane Oil, three days earlier…
“Nassir, you have disgraced our company,” Nimr Adjalane told him, his tone grave.
The fact the oldest member of the board–and his father—was upset meant Nassir hadn’t done himself any favors this time. Of course, it didn’t help that Nimr had chosen to elect Nassir as CEO over his own brother, Hazim, either.
He should have expected it, he supposed, given the other situations he currently faced. First was the verbal assault debacle with the young woman in Europe. Naturally, the paparazzi had been there to capture every vile exchange then taken every one of them completely out of context.
The young woman involved had been painted as the injured party, when just the opposite was true. She’d thrown herself at Nassir, thrusting her bare breasts in his face, and he’d tried to politely refuse. But when that didn’t work and her attempts grew more brazen, he’d resorted to harsher measures, stating he’d rather have sex with a goat than a whore.
Strike one.
Then there were his action in a recent skirmish with the Sharqi Oil Sheikhs. He’d forced the temporary closure of their oil pumping station, then once an agreement had been reached for the purchase of the land beneath the station, attempted to extort a priceless portrait from Amare.
Strike two.
If things did not go well today, this could be counted as the final strike against him.
“Nassir,” Nimr, said on behalf of the board. “We have discussed your actions in depth, and believe we have a solution that will not only benefit us, but also the world.” Nassir clasped his hands and remained silent. Pride, it seemed, had forced them to take drastic steps to correct what they saw as flaws in his character. Flaws he had no intention of changing “A plan that will improve your reputation both with women and our business partners in the West.”
Nassir tapped a finger on the tabletop and waited. He knew he’d crossed the line with the Sharqis and the woman, no matter how well-deserved. But if the board was also trying to appease and attract Western business partners, that did not bode well for him.
“It is our recommendation that you marry.”
Marry? Whatever he been expecting them to say, it had not been that.
Nassir opened his mouth to comment, but an angry glare from his father stopped him.
“Our decision is non-negotiable,” Nimr said.
Nassir clenched his jaw and lowered his head. Now was neither the time nor the place to fight this battle. That would come later. After the meeting adjourned. “Fine.”
“And we are suggesting you find an American bride. This will assure the rest of the world that you are both open-minded and tolerant.”
“You can’t be serious? Our family line has stayed within Al-Sarid for generations.”
Nimr stood and slammed his fist down onto the table, “That is irrelevant now. You will marry an American, and you will do so in the next thirty days. Furthermore, you will make amends with the Sharqi family.”
“Or what?” Nassir demanded. These men could not be serious.
“Or we will replace you.” Nimr narrowed his gaze on Nassir, his voice quiet. “You are cunning and clever. You think there will be a loophole or an exception, but you are wrong.”
“Replace me? I am Nassir Adjalane and heir to this empire…”
His father continued despite his protests. “I have taken the liberty of speaking with Taleb Sharqi and he has agreed to help you in this endeavor. You are scheduled to attend Amare’s wedding reception tonight. He has already had arrangements to introduce you to several women whom he believes would make a suitable wife.” Nimr smiled then, small and cold. “A month is not long for courtship. I would suggest you make your choice quickly.”
The unspoken threat hung heavy in the air. If he failed to take a bride, leadership of the company would pass to Hazim. The two men were rivals on the best days, enemies on their worst. And if his uncle took over leadership of the Adjalane Oil board that would mean an end to all the company’s philanthropic pursuits—Hazim had made it perfectly clear he would divert all of the money in the budget earmarked for charity straight into plumping the company’s bottom line. No new schools built. No more orphans rescued. No more hospitals constructed.
He looked each man sitting at the table in the eyes, seeing not even a hint of doubt in their eyes. They wanted him to marry? Fine. He squared his shoulders and stood. “I’ll see you back here in a month, gentleman. With my American bride.”