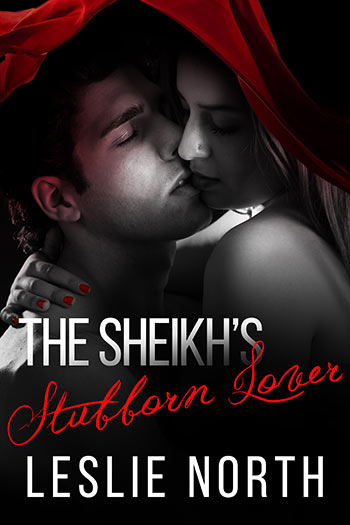 Sheikh Adilan Adjalane has always felt he has a lot to prove…and that’s why he always wins. As the youngest in his hugely successful family, it’s not easy to live in his older brother’s shadow. So when he sees a chance get back his father’s land, the former Olympian will fight to earn his place at the top of the family real estate business. But with an older brother who’ll stop at nothing and a beautiful, feisty American landowner who refuses to sell, Adilan is struggling to remember that he always fights fair.
Teacher Michelle Reynolds has always wanted to see the world, and it doesn’t take long for her to fall in love with the Middle East. She’s always been open to compromise, but when Adilan Adjalane offers her cash for her land, Michelle refuses. She’s determined to build a sanctuary on her mother’s land, just as she promised. Besides, she’s been warned about the Adjalanes. Adilan may be devastatingly handsome, but she knows he comes from a family of heartbreakers.
With the stakes getting higher and their attraction growing, will Adilan have to sacrifice his ethics to earn his place in the family business, or is Michelle more important than winning?

Adilan’s mouth twitched, but he held back the smile. His fingers still tingled from the handshake she’d given him—a hard one, as if to prove she could out-shake any man’s hand. He took a moment to study her.
Michelle Reynolds was not what he had expected.
It was only recently that his father had admitted that, in a moment of passion, the land had been given to a woman. An American at that. The topic might not have come up, except now the daughter wanted to build on this spot—a place that had been in the family for centuries. Adilan suspected that his father was now regretted his romantic gesture of years ago—and there was also the pressure from Malid, his eldest brother.
They were both competing to replace Father as the head of the Adjalane Real Estate and Land Development Group. Nassir, the middle brother, wanted nothing to do with this, but Malid had already announced that he would get Al-Hilah back into the family, which would prove he was best suited to lead the company.
Adilan hated to lose, particularly to Malid. And Father had already said one of his sons must get back the land by any means necessary. Since Nassir had bowed
But Michelle Reynolds…she did not look the spoilt American rich girl he had expected.
She had classic features—a very straight nose, wide-spaced eyes, and the olive complexion of a woman from his own country. However, her electric blue eyes, rimmed with thick dark lashes that matched her almost black, straight hair, left her exotic looking to him.
Her linen suit hugged firm breasts, and the short hem of her skirt revealed smooth, bare legs that begged to be touched and caressed. He could imagine himself stripping her bare, leading her to the cool water, and…
Shaking his head, he pulled his mind out of the fantasy and focused on the reason he was even standing in the middle of the desert with a strange woman watching him. His carefully laid plans to buy the property for a fraction of its costs evaporated. This woman looked far too intelligent to believe a story about this being an impossible building site, worth nothing. And the stubborn chin left him certain that if he tried to dissuade her, he might instead only make her more determined to hang onto the land.
“Ms. Reynolds, I am Adilan Adjalane.” That determined chin lifted. He smiled, “Ah, I see you recognize the name.”
“Adjalane? In this country who wouldn’t?” She turned and walked a few steps away. Turning back, she tipped her head to one side. “My mother warned me to stay away from your family.”
“Because she knows this land belongs in our family’s hands? I should tell you I, too, was warned that if you are your mother’s daughter, you are a woman who revels in the breaking of man’s heart.”
“Well, perhaps it is best we stay away from each other.”
Adilan’s eyes narrowed, “No.”