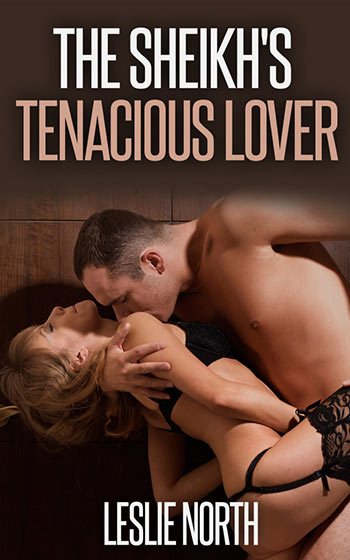 Rene is done with men.

After discovering her fiancé cheating just before the wedding, she’s determined to make the most of what would have been her honeymoon at a luxury hotel. A little escape is just what she needs to try to put the past behind her. But a chance encounter with a tall, dark and handsome stranger at the hotel pool leaves her feeling flustered. At first she’s put off by his arrogant attitude, but she’s quickly swept away by his confident smile and undeniably masculine charm.

Sheikh Tazeem is worth billions, but when the sexy American assumes he’s a hotel employee, he doesn’t bother to correct her. He came to escape the stress of his everyday life and despite her slightly brazen, untraditional attitude, something about her calls to him. When they happen to meet again, he can’t ignore his feelings for the beautiful brunette or their sizzling chemistry.

Fate is determined to bring the strangers together, but when the truth about his identity comes out, Sheikh Tazeem’s lies may ultimately lead to heartbreak.
Approximate length: 25,000 words (a novella)

Looking up, she caught her breath as her eyes gazed into the dark recesses of the most enchanting brown eyes she had ever seen. Dark eyebrows, jet-black hair and a rugged two-day old beard made the Adonis-like man standing there all the more attractive. In fact, it took a few seconds for her to realize his comment was referring to the bikini top dangling from his hand. Familiar purple roses on a white background taunted her.
What?!? Wait a minute…
“Oh!” She sucked in a big gulp of air. “My!” she managed to say, as she looked down at her naked breasts. “God!” she exclaimed as she instinctively covered her chest with her hands. “Uh, oh, thank you,” she squeaked out embarrassingly, grabbing her top quickly and turning away from him. Once secured, she turned to face what she hoped was not an enticing mirage.
“It is unbecoming for a woman to wear so little in public. You should be covered up more,” he stated flatly, although his brow was furrowed and his jaw set.
Already embarrassed, Rene was only more defensive by his demeaning comment. “Well, it certainly was not my intention to take it off; it must have slipped off when I dived in.”
“Why are you here?” he asked her bluntly.
“Excuse me?” While his bluntness was offensive, she found his magnetism driving her desire to engage with him.
“Here… in Saudi Arabia. Are you here on business or pleasure?”
Rene paused, playing idly with the strings of her bikini bottoms.
Why does he care…but on second thought with those looks, who cares?!
“I’m escaping,” she replied.
The man stared at her with no expression; his mesmerizing eyes were still fixed on her. She scuffed her feet, feeling even more naked under his stare than she did a few “topless” moments ago.
“I’m Rene, what’s your name?” she asked holding out her hand. She had to say something; the awkward silence was making her anxious.
“Joshua,” he replied, briefly as he shook her hand.
Fortunately, none of the other guests had noticed Rene’s wardrobe malfunction and continued on with their business. “Oh! Say, Josh…would you be so kind as to get me another drink?” Rene asked. He was a bit old to be working as a resort server, yet his beige-coloured pants and white Polo shirt were consistent with the hotel’s uniform.
He was definitely handsome enough with those piercing eyes, thick hair and powerful physique. Too bad, it could not make up for his arrogant personality.
“Another drink?” he repeated her words with a frown on his face.
“I said please,” Rene said sweetly as she smiled at him. Perhaps there was some sort of language barrier that she was not seeing.
“You think that I work here?” He laughed before turning on his heels and walking away.
“Well…Don’t you?” Rene shouted after him.
Could he actually be a guest?
Oh well, Rene thought as she shrugged. Grabbing her robe, she headed to her room. Upon entering, reality caught her off guard as she shut the door and sagged against the wall.

4 thoughts on “The Sheikh’s Tenacious Lover (The Tazeem Twins, #1)”