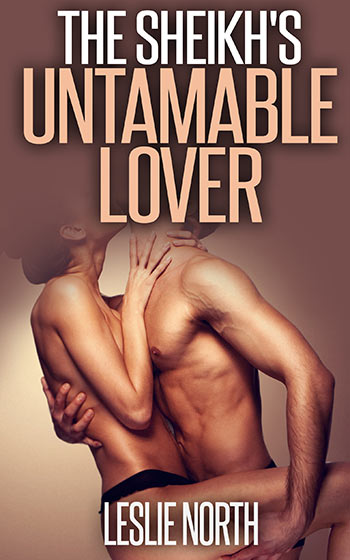 As head of the Tazeem Spice Company, the deal Sheikh Hussain has on the horizon could net him millions. Now he needs an assistant, but he certainly wasn’t expecting someone like Cassie Milton. She defies him at every turn with her courage, intelligence, and playful attitude. Her lush curves and golden eyes present a sinful temptation, but he needs to focus on what’s important. He can’t afford to be caught off guard by an American woman who claims to have no knowledge of her past.

A bump on the head leaves Cassie with no memory of who she is or why she is in the Middle East. Luckily, salvation comes in a tall, muscular, irresistible package. When Sheikh Hussain Tazeem puts her to work, she has access to his business deals and all the luxury his billions can buy, but it’s pushing his buttons that’s giving her the biggest thrill. He’s easily the most uptight man she’s ever met. Yet, the more she’s drawn to his dark eyes and silent strength, the more she knows there’s something she needs to remember… But what?

With their attraction building and millions of dollars on the line, the stakes are high for Cassie and Hussain. But as Cassie’s memory begins to resurface, the truth could jeopardize everything.

Approximate length: 27,000 words (a novella). This book can be read as a standalone.

You can get a copy of the book at any of the major retailers:

You can continue reading Cassie and Hussain’s story by downloading a copy of the book at any of the major retailers: