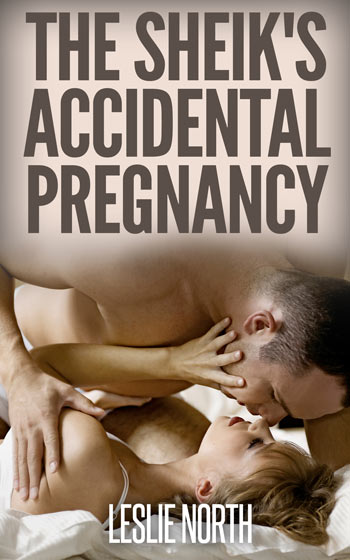 So, why can’t she stop thinking about him?

When she started work in the Middle East for The Botros Oil Company, Sara expected her boss to be an elderly Arab. But instead her boss is tall, handsome, gloriously masculine with stunning eyes and a muscular physique.

Tariq has never met anyone like her. She has no respect for tradition, she’s clumsy, stubborn, unladylike and talks far too much. And she isn’t scared of him, in fact she openly challenges him. He finds himself getting frustrated just talking to her.

So, why does he feel so attracted to her?

One night they’re both working late and inevitably get into another heated argument. Before Sara knows what is happening, she is kissing Tariq, and he is lifting her onto the conference room table. After an unforgettable night of passion they both agree to never let it happen again. But when they discover the result of their unprotected encounter, they must both come to terms with their feelings.

Can this explosive couple finally reveal their more caring sides?
Or will it all end in disaster..?

“Why is it you can never answer me or even act polite towards me?” Sara asked him. She couldn’t ignore it anymore. He always felt the need to be that way towards her and she had not done anything to him. On top of that, she was tired and had enough of his attitude towards her.

Tariq raised his eyebrows as he regarded her. He was not expecting her to question him nor did she have the right to. “I am not obligated to do either,” he said. His voice was now deeper.

“I never did anything to offend you.”

She has full lips, Tariq thought to himself. He had never noticed them before. It did not matter anyway he thought. “Your persona is offensive,” he said to her.

“Who walks around barefoot?”

Sara frowned. You’re the one with an ugly persona, she told herself. She looked away. She was in the middle of arguing with him and his chest was distracting her. From the little glimpse she got, she could tell that he was very toned. The bulk of his muscles were always showing in the clothes he wore. And how was it he had time to work out when he was always working?

“You do not act like a lady should,” Tariq added.

“I am good at my job and that’s all you should be concerned about,” Sara shot back.

“For England, perhaps. But this is Saudi Arabia and you work for the Botros.”

“Because you’re so freaking special,” Sara mumbled under her breath as she headed for the door. If she stayed in there any longer, she would say things that she would regret. She liked Amir and respected him enough not to disrespect his brother. She got the shock of her life when Tariq grabbed her arm and pulled her back.

“What did you say?” he demanded. He had pulled her close to him and she was now standing inches from him. She was shocked at how he pulled her so easily as if she weighed nothing.

“You think you can speak to me any way you wish to?”

Exactly, what will I do if he does not let go off me?

“Try it and find out.” An empty threat. There was nothing she could do. He called her bluff. He did not let go. Instead, he pulled her even closer to him. Sara landed between his legs and her hands landed on his chest. His face was now inches away from his. Wow, he smells good. Why is it she hadn’t noticed his cologne before? It was intoxicating on him.

“Time to make good on your threat,” he said to her.

“Please let go,” she whispered. She knew that she needed to get out of there. Something unexpected was happening and she wasn’t prepared.

Tariq let go of her arm but Sara didn’t move. She felt paralysed. She so badly wanted to flee from the room but her legs failed her. Tariq wrapped one arm around her waist and pulled her closer to him. Her whole body was now flush against his. Both her palms rested on his rock hard chest. He planted a kiss on her lips. It took her by surprise.

He gently kissed her and she did not stop him. Her mind went blank. She could not think about anything. As she gasped, he gently pushed his tongue into her mouth and deepened the kiss. Sara wrapped her arms around his neck and kissed him back. His hands stroked her back. He broke the kiss. Sara was breathing hard and still had her eyes closed.

“What are you doing?” she whispered.

“What are you?” he asked the question back.

He pressed a feather-light kiss on her neck, which sent ripples of sensation all over her body. She let out a soft moan as she shuddered against him. He continued to kiss her neck as Sara rubbed his back and dug her nails into his flesh. Before she knew it, her skirt was on the floor and Tariq was caressing and squeezing her bottom. She did not like this man but her senses had left her. She should put a stop to it, but he was doing things to her insides that she’d only ever read about.