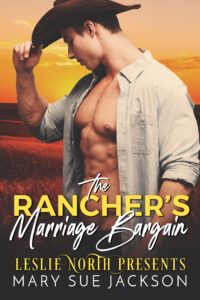 After a horrible and humiliating break-up, chef Jolie Hill wants nothing more than to lick her wounds and avoid all involvement with men for a while. An ad for a cook and nanny at a remote ranch seems like the perfect opportunity to get away. She thought she’d learned her lesson about having a workplace romance—until she met Colson Westland, a hard, taciturn man who’s as hot as he is serious. Working for Colson and caring for his young ward, Adam, is testing her resolve to stay uninvolved and it doesn’t take long before she not only loves the little boy, but she’s terrifyingly aware she’s falling for Colson. He may be a hard man, but Jolie recognizes a soft side, one that makes her heart melt just a little too much.

Ever since Jolie came to work at the ranch, the place seems lighter. Happier. And Colson has felt lighter and happier too. Caring for Adam has been a pleasure, but ever since his best friend left the little guy to his care, he’s felt a bit overwhelmed. Jolie, with her laughter and spirit, seem to be just the right touch his ranch needs. But when Adam’s grandparents sue for custody of him, claiming a bachelor’s home is no place to raise a child, Colson immediately thinks of marrying Jolie. Not for himself, of course, but for Adam. He’d do anything for the kid. It’s a marriage of convenience, just until he wins the custody battle. The problem with his plan, though, is that it didn’t include the matter of him falling in love…

The Rancher’s Marriage Bargain is available on: