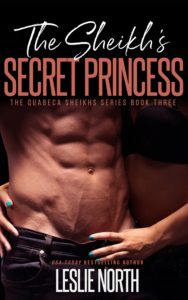 The King has two choices—follow the rules, or follow his heart.

The strapping, fearsome King isn’t interested in bringing an heir into the kingdom through his controlling Queen, Amira, or his snobby mistress, Tiana. Their constant battle of “winning” his firstborn child only pushes him into the laundry room where he meets someone who makes him forget all about tradition. She’s stunning, down-to earth, and everything he needs right now. Even if she does tease him a little.

Zara isn’t interested in just laundry. The King’s vast power scares many, but Zara isn’t afraid. She knows there is more to him than charismatic charm and good looks. She can see behind the King’s hardened personality and the playful maid’s feelings for him are definitely more than noble. Though, she can’t believe he would ever be interested in a quiet, lowly maid like her.

Then Zara is removed from the palace and the Queen sets into action a deadly plot to claim the King’s firstborn child. Will Zara be able to save her King, or will he have to sacrifice his happiness for the sake of tradition?